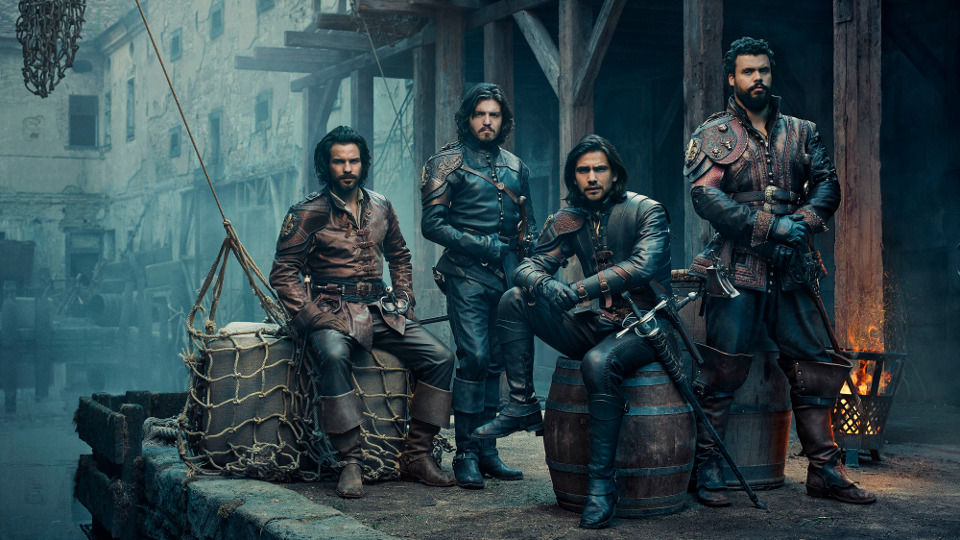 The Musketeers return to BBC One tonight for a third and final series.

Since the events of season 2, four years have passed. Athos (Tom Burke), D’Artagnan (Luke Pasqualino), Porthos (Howard Charles) have been off to fight on the frontlines in the war against Spain. Aramis (Santiago Cabrera) has been spending his time as a monk.

Watch the preview trailer for The Musketeers season 3 episode 1 below:

The official synopsis for Spoils of War reads:

In war-torn France, three musketeers launch a daring attack on the Spanish while Aramis battles his conscience at the nearby monastery. When brutal mercenary Lucien Grimaud brings the war to Aramis’s new home, the former friends reunite to foil a stolen arms deal and rescue a group of orphans. Four years after vowing to never fight again, is Aramis still a musketeer at heart? Meanwhile, in Paris, a sinister new battle awaits in the form of the corrupt governor Philippe Feron.

Tune into BBC One tonight at 9:30pm to see the first episode of The Musketeers season three. Preview it with our gallery below: