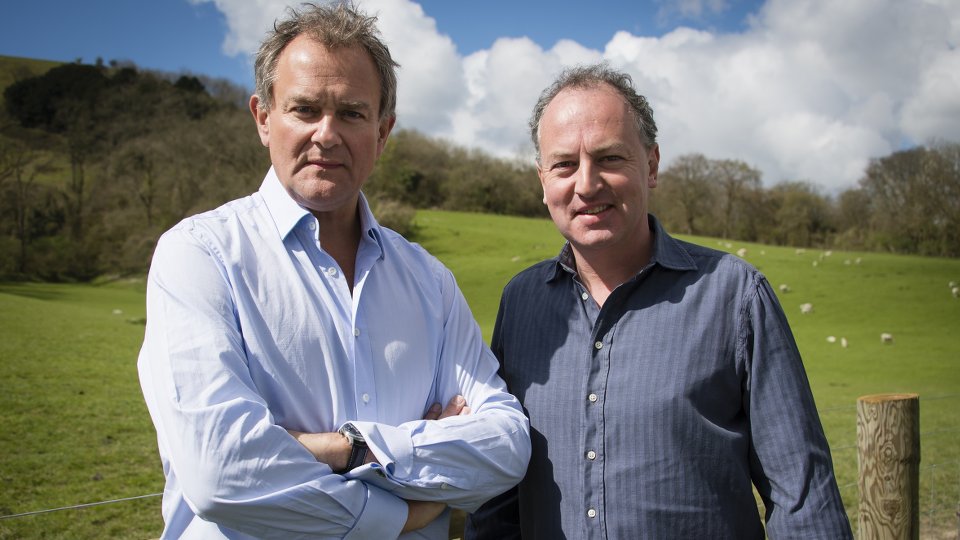 The album celebrates their local countryside in music and poetry and marks the start of a new recording series called Walk Upon England, which brings together rural composers and artists to create a soundscape of the English countryside.

In a South Downs Way is a collection of tracks written by Damian for strings, piano and brass with Hugh narrating some of his original writing, together creating an evocative celebration of the South Downs. The compositions are performed by the Tippett Quartet as well as a group of Sussex musicians, including ex-Paul Weller trumpeter Stewart Prosser, who co-produced the album.

Damian was inspired to create the album while walking alone in the South Downs.

Talking about his involvement in the project Hugh said, “My friend, Damian, played me some tracks that he and Stewart were developing and asked me to read some poetry over the wonderful music. It inspired me to offer some words of my own. In A South Downs Way reminds me of the place I’m lucky enough to call home.”

The track listing for In a South Downs Way is:

Watch the video for the album below:

In this article:Damian Montagu, Hugh Bonneville