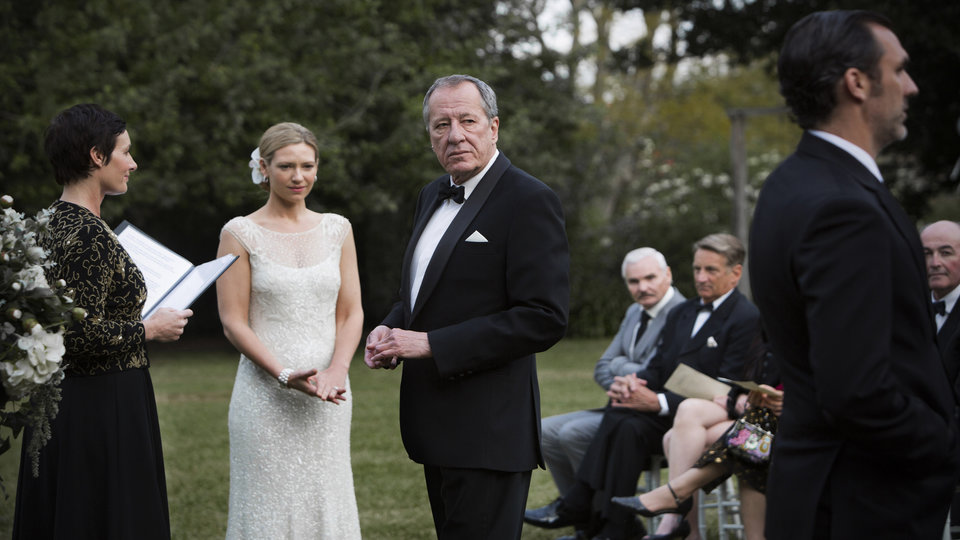 The Daughter, starring Sam Neill, Geoffrey Rush, Anna Torv and Paul Schneider, gets a UK theatrical release on 27th May.

In the last days of a dying logging town Christian (Paul Schneider) returns to his family home for his father Henry’s (Geoffrey Rush) wedding to the much younger Anna (Anna Torv).

While home, Christian reconnects with his childhood friend Oliver (Ewen Leslie), who has stayed in town working at Henry’s timber mill and is now out of a job.

As Christian gets to know Oliver’s wife Charlotte (Miranda Otto), daughter Hedvig (Odessa Young) and father Walter (Sam Neill), he discovers a secret that could tear Oliver’s family apart. As he tries to right the wrongs of the past, his actions threaten to shatter the lives of those he left behind years before.

Check out an exclusive clip from the film along with the trailer below: