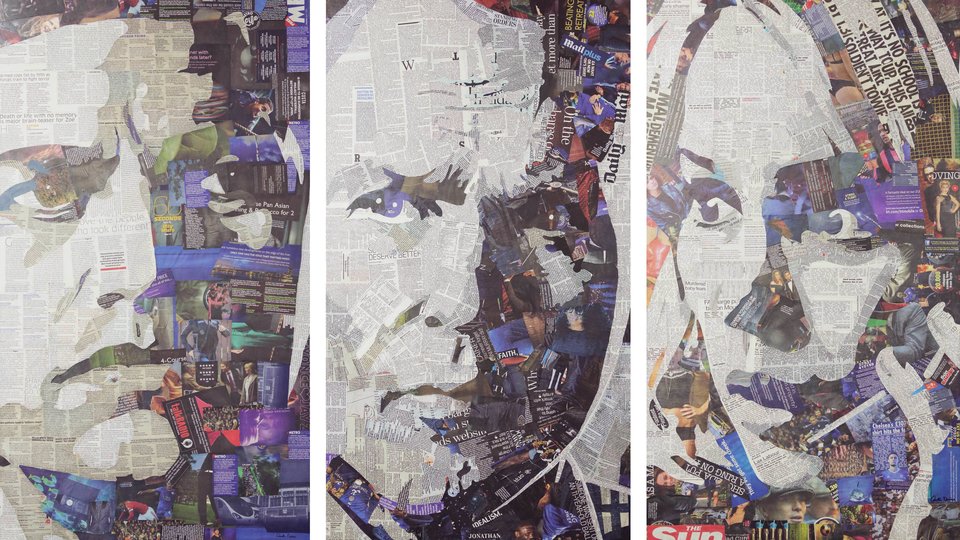 Artist Quentin Devine has recreated the iconic artwork of the universally acclaimed thriller Spotlight, by using newspaper cuttings to craft the faces of Mark Ruffalo, Michael Keaton and Rachel McAdams.

The creation of the newspaper collages is to celebrate the Academy Award winning film this week releasing on Blu-ray, DVD and Download – out now.

Check out our review of Spotlight

Speaking about the works, Devine said, “This is something I have never done before, but grew to love during the process. I also enjoyed the fact that one of the artworks would be of Michael Keaton, an actor I’ve been a fan of since his days as Beetlejuice and Batman.”

Spotlight is the heart-stoppingly tense true-crime thriller based on the enthralling Pulitzer Prize-winning investigation. Led by Walter ‘Robby’ Robinson (Michael Keaton), the team of investigative journalists at The Boston Globe, known as ‘Spotlight’, pride themselves on their relentless dedication to exposing the truth of society’s ills and bringing the guilty to account.

Under the direction of a new editor Marty Baron (Liev Schreiber), the team uncover a scandal deep within the Catholic Church and the willful ignorance of those in power who have done nothing to stop it. Facing political opposition and resistance from the far-reaching influences of the Church, the reporters put together an explosive exposé revealing that truth is much darker than they could have ever imagined.