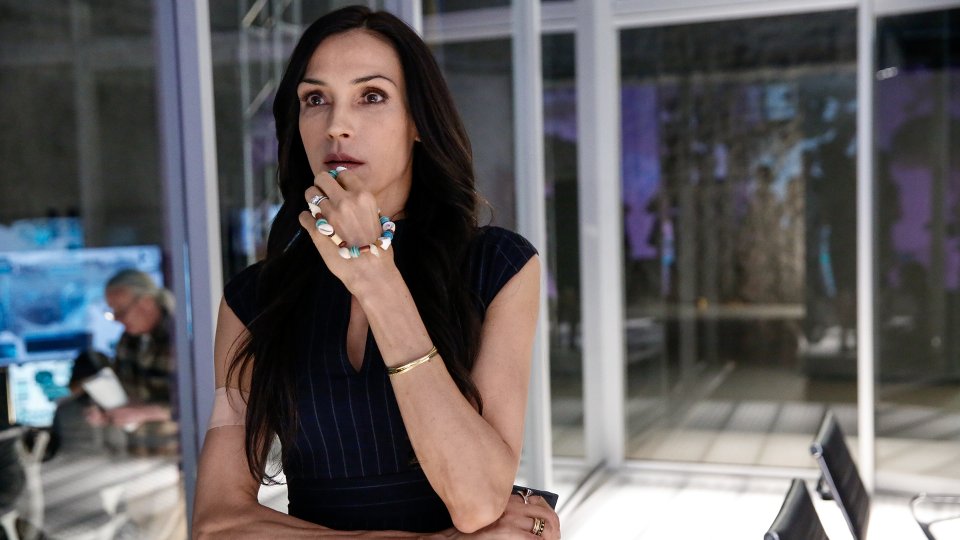 Reddington (James Spader) came out of hiding on the latest episode of The Blacklist to assist the task force.

Believing that a woman named Susan Hargrave (Famke Janssen) aka Scottie was responsible for the death of Liz (Megan Boone), Red did everything he could to draw her out and get the answers he needed.

After wounding her, Red discovered that Scottie was involved in what happened to Liz but it was a man named Alexander Kirk that was ultimately responsible for her death.

The next episode of the season is Alexander Kirk. The FBI task force’s hunt for revenge nears its endgame. As Reddington and the team close in on the mysterious arch-criminal responsible for recent tragic events, they’re forced to operate outside their comfort zone – and outside the law – in order to take down their enemy once and for all.

In this article:Famke Janssen, James Spader, The Blacklist