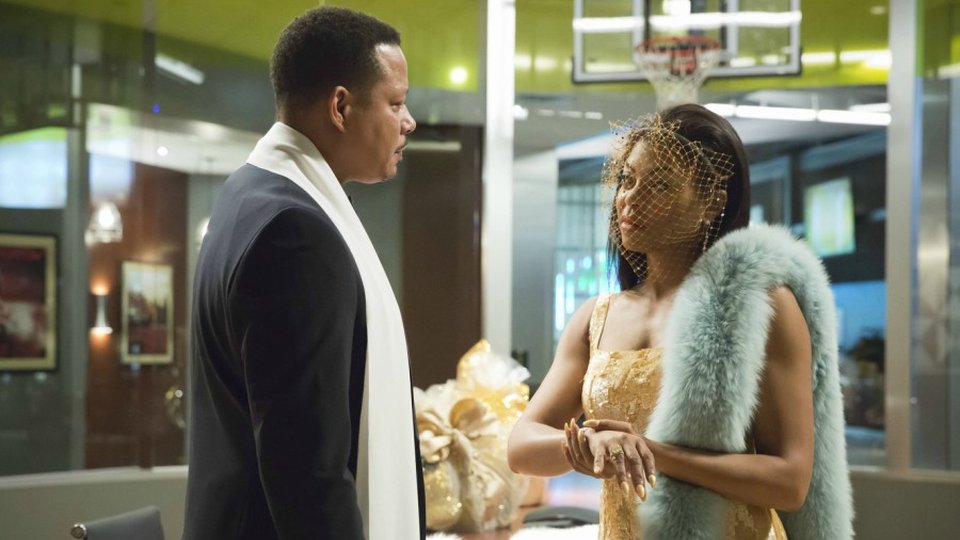 Lucious’ (Terrence Howard) world was thrown into chaos on the latest episode of Empire when Andre (Trai Byers) introduced the family to his mother.

The Lyon patriarch found his lies catching up to him when it was revealed that his mother was alive and well. Lucious had her committed to a mental home for the past 21 years and had told everyone that she was dead. Her sudden arrival caused complications for his music video and shook the whole family.

It soon transpired that Lucious’ mother was still dangerous and she threatened to get her revenge by killing him.

Elsewhere in the episode Jamal (Jussie Smollett) embarked on a new romance with a closeted star and Rhonda (Kaitlin Doubleday) suspected that Anika (Grace Gealey) was her attacker.

The next episode of the season is Rise by Sin. Hakeem (Bryshere Y. Gray) feels pressure about Laura (Jamila Velazquez) as he struggles to find a place for her in both his family and career. Jamal makes a sacrifice for Lucious.