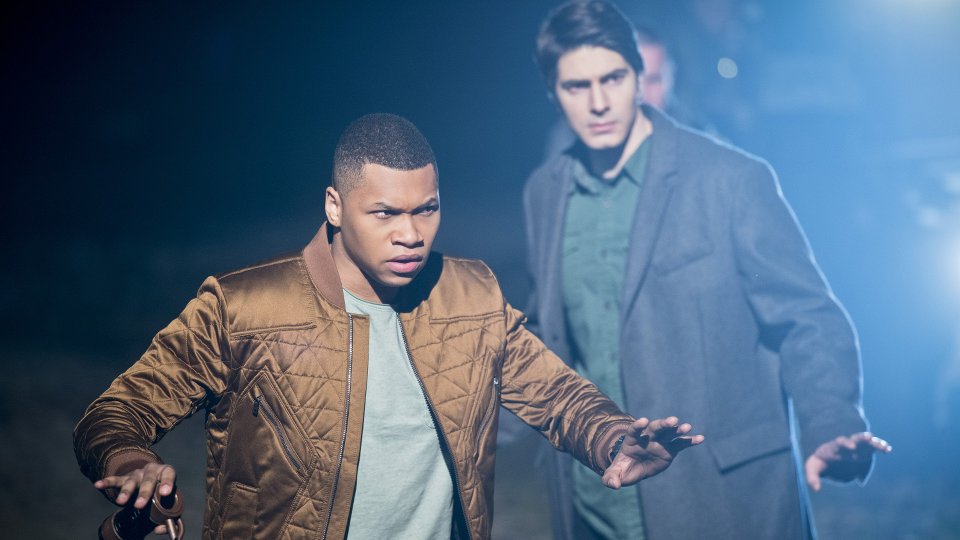 The Legends had to protect themselves from the Pilgrim on the latest episode of DC’s Legends of Tomorrow.

The Time Masters sent the Pilgrim to eliminate the younger versions of the Legends and with the help of Gideon the team managed to prevent their own deaths. During the mission Gideon lost the ability to track the Pilgrim leaving some of the Legends’ vulnerable.

Rip (Arthur Darvill) formulated a plan to kidnap the team’s infant selves and he took them to his mother in England. The Pilgrim tracked them down and Rip double crossed her by agreeing to trade his infant self for the rest of the team’s lives. During the trade, the young Rip stabbed her and the team destroyed the Pilgrim.

The next episode of the season is Leviathan. Rip spots a chance to end Vandal Savage’s (Casper Crump) evil reign forever, when he takes the Legends far into the future.

Tune in to Sky 1 HD at 8pm to see the episode. Preview it with our gallery below: