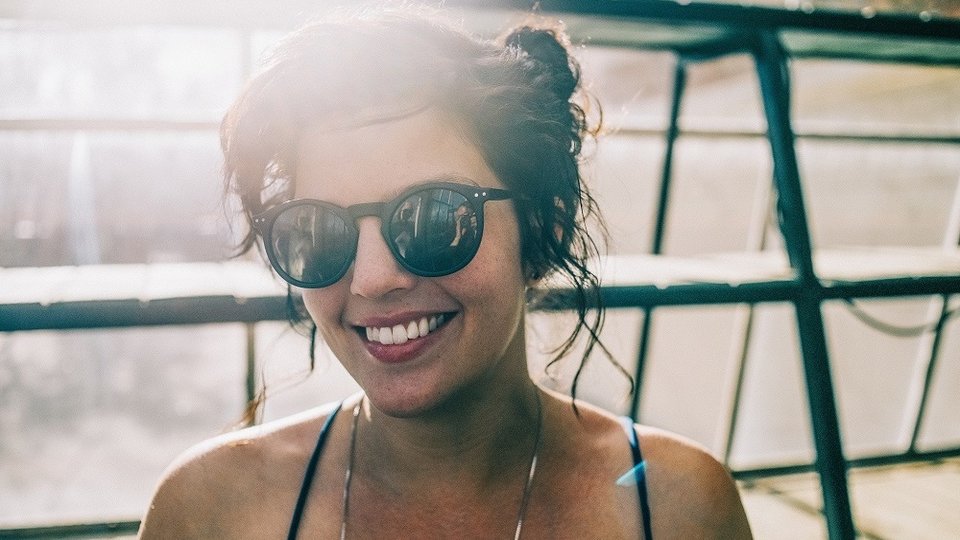 L.A. Foster has spent much of the last ten years dividing her time between Montreal and Buenos Aires as a performer, DJ and radio host. She also served time as a member of Montreal’s Karneef, and was also the second vocalist in Mozart’s Sister. However, 2015 was the first time that Foster released music under her own name.
The Canadian is performing at the Great Escape in Brighton this year and we caught up with her ahead of the event.
Can you introduce your act?
I, Lesley Ann Foster, began L.A. FOSTER in 2014 when I was invited to Mexico City to take part in a friends photography show in Roma Norte.  After playing in the Montreal music scene with various bands (Karneef, Mozart’s Sister) L.A. FOSTER was born from a need to continue making music and singing.  Having lived in Buenos Aires and being immersed in the music and art scene in South America my debut EP, Saudade is a mix of the dance and electronic influences I grew up listening to, mixed with a lot of percussive influences from cumbia and reggaeton.  L.A. FOSTER is a project built out of feeling and emotion.  The rough beats and bass provide a rhythm for my vocals and lyrics to emerge from the deepest part of my soul –  to eventually make it to the surface and be released as love and light.
What type of music do you do for anyone who hasn’t heard it before?
This has really stuck in describing my music…  “A sad dance party” but I also think its inspiring and uplifting, it hopefully incites hope and faith.  It’s fun and dark at the same time.
Where can people find your music?
Bandcamp & Soundcloud
Are there any releases coming up?
I have a video coming out at the end of the month.
What do you think makes The Great Escape such a great platform for new music?
TGE is a great platform due to the fact it blends more established artists with new up and comers not only on a local stage but internationally.  There is a greatdeal of industry who attends the festival as well as press so it affords artists a lot of opportunity to meet people within the industry to help get a leg in.  I know thats what I’m excited about!  Not to mention all of the fans who attend and the opportunity to meet new audiences who are super excited about music.

It’s my first time and I couldn’t be more excited.
Where and when can people see you at The Great Escape?
I play the Canada House show for POP Montreal at The Green Door Store on Friday May 20th at 2.45pm.
How would you describe your live shows?
People can expect me to be giving it my all and engaging and connecting with them.  I want to move and feeland have a good time and have a party.
Is there anyone you hope to see at the festival?
I hope to catch Actor
Craig David TS5
Doomsquad and Essai Pas!
The Great Escape festival will kick off this Thursday.
In this article:L.A. Foster, TGE, The Great Escape