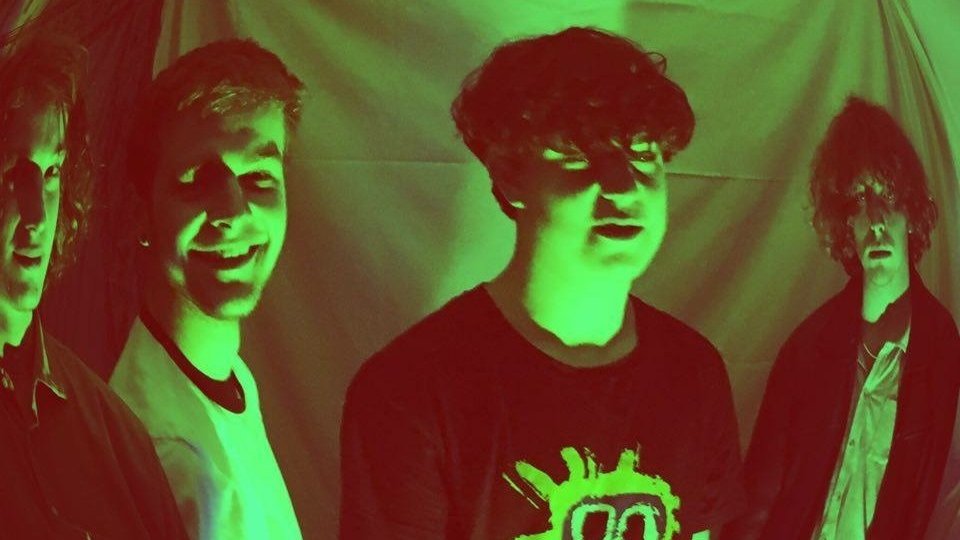 Flirting with psychedelia and punk are Egyptian Blue, who have been making weird and wonderful sounds since 2015 and are getting pretty damn good at it. Louder Than War premiered their debut Do you think you’re worth your soul? at the end of 2015, a track that offered a twisting and twirling anthem for the youth, and the band have recently released their follow-up track High The Hyena. EF speaks to the band ahead of its debut at The Great Escape.

Hey we are Egyptian Blue which is Andy, Leith, Luke and Tom

You’re likely to hear a bit of punk, a bit of jammy psych shit and some fat-ish riffs (we hope). That’s how I would describe our sound but we may be completely wrong.

We are currently working on a EP however we are unsure of the release date. Hopefully it’ll be out in the summer at some point & there should be a video or two coming so keep your eyes open.

Mainly because it gives unsigned bands and bands that maybe aren’t that established a chance to get some exposure as well as showcasing some bigger artists. Pretty much all the upcoming bands, that we are into anyway, at the moment have all played TGE so it’s a cool thing to be part of.

We are playing an official great escape show on Saturday night at Sticky Mikes Frog Bar at8pm, but if you can’t make that we are playing earlier that day at 5.15pm for the alt escape at Molly Malone’s. We are also playing Hope & Ruin on the Wednesday night at 10pm and Brighton Electric on the Thursday at 4.30pm. Busy times.

Hopefully carnage. If it ain’t is there any point?

I’ve wanted to see The Invisible for ages so we will be there for sure. There’s also this dude called Wesley Gonzalez who is making some pretty cool noises at the moment so we wanna check that out.

The Great Escape starts this week on Thursday 19th.

In this article:Egyptian Blue, TGE, The Great Escape