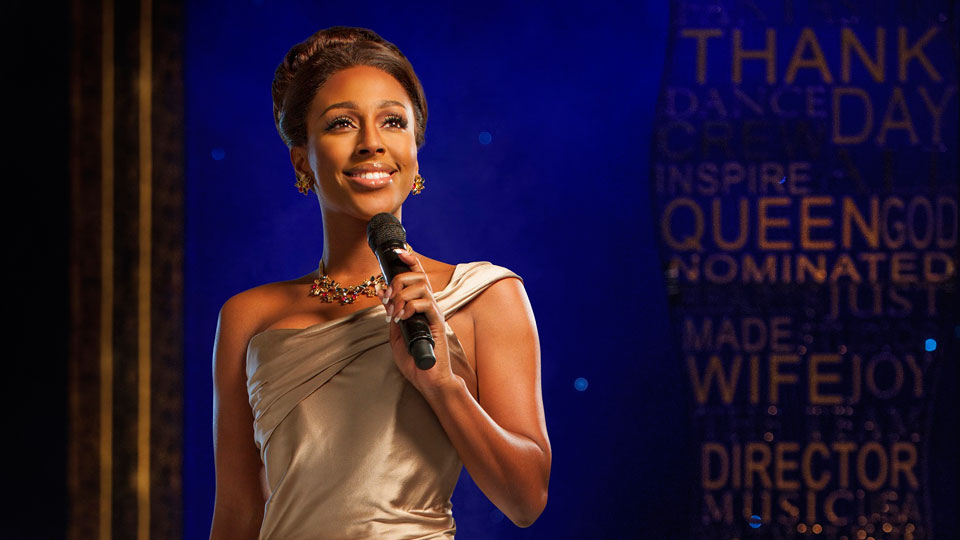 Musical adaptations of hit movies are a trend which seem to remain ever-popular. One of the latest is The Bodyguard, a big-budget staging of the 1992 movie sensation which swept Whitney Houston from popstar to global icon. This month, Alexandra Burke of The X-Factor fame takes on the role of Rachel Marron, as the musical stops of at Leeds Grand Theatre.

The plot couldn’t be simpler: When superstar singer Rachel is subject to death threats from a mysterious stalker, Bodyguard Frank (Stuart Reid) is hired to protect the headstrong performer. Soon their tetchy relationship blooms into an awkward romance, with Frank choosing to make the ultimate sacrifice.

The Bodyguard feels like a musical with well-set roots, offering a showcase of classic Whitney Houston hits as its musical basis, which are immediately familiar and evocative. Burke performs these numbers impeccably, adopting her own unique style with an inflection to stir memories of the movie and the original artist. Burke’s vocal is thankfully free of the indulgent acrobatics which Houston was famed for and offers a husky, smoky texture, providing a tangible warmth and sensitivity to the role, whilst hitting all the high and low ranges with an easy grace.

The numbers, which could easily become schmaltzy, are buttressed with a bold and broad orchestral arrangement by Tom Gearing. The performance of One Moment in Time is an exceptional theatrical moment, providing an impact which will move even the most hardened cynic. Musically, the show feels like a stadium concert, with an opening number which is irresistibly engaging, thanks to some outrageous pyrotechnics which will scorch the eyebrows of the first dozen rows.

Stuart Reid as Bodyguard Frank assumes a tricky role as an intentionally distant figure who doesn’t perform any real musical numbers. Reid successfully earths the play within a naturalistic dimension, issuing a performance which is grounded and robust; providing charm, humour and a gravitas within the confines of a bravura musical environment. Rachel John as Nicki Marron near-matches Burke in her vocal strength and stage presence, showcasing a talent which is one to watch out for in future. Audiences will adore Matthew Stathers as the stalker, providing a grim intensity and creepiness under the skilled direction of Alexander Dinelaris and Thea Sharrock.

Innovative staging further elevates The Bodyguard from a fine musical to a sophisticated production. A cinematic edge is achieved by employing tracked scenic elements which obscure, close-in and cross-cut scenes, effectively pulling focus in movie-making traditions. Traditional theatre goers can also expect a good deal of projection effects, and like it or not, it works well within the context of this show and expands upon its cinematic theme.

Sceptics and snobs should leave any presumptions about The Bodyguard at the theatre doors. The show is meticulously directed, with a bold musical arrangement and innovate staging. The constant nods to early-Nineties fashions are also nostalgic and cheering, evoking the movie in a charming, light-hearted manner. An unexpected hit and full of life and lustre, The Bodyguard is event theatre at its very best – a musical not to be missed.