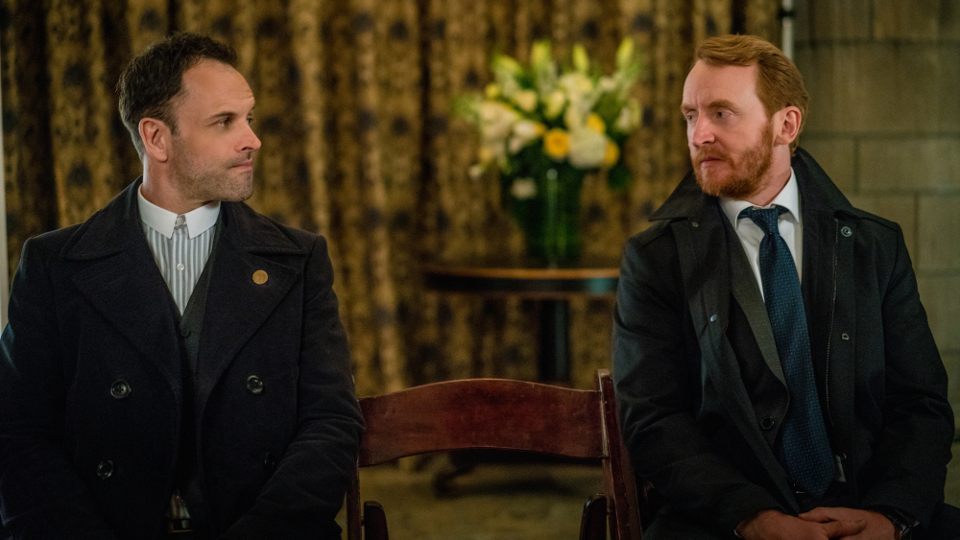 The latest episode of Elementary continued where last episode ended, in the diner where Emil Kurtz had been shot and killed.

As Watson (Lucy Liu) and Sherlock (Jonny Lee Miller) investigated the crime scene, Watson recognised Emil. She didn’t say anything at first but Sherlock soon noticed something was wrong. He pointed out that he’d noticed her recent strange behaviour and that hew knew that many of the meetings with people weren’t real.

Watson confessed and told Sherlock about her double agent feeding her information about his father Morland. Sherlock was rather angry to hear this knowing how dangerous his father could be. He was convinced that his father must have found out what she was doing and ordered a hit on Emil.

Sherlock confronted his father and demanded to see Emil’s computer and documents. Morland refused and said that the files were very sensitive and he didn’t want to give out details on his clients.

They next interviewed a woman who survived the shooting. She gave a description of the shooter and explained that her sister had died during the incident of an allergic reaction. Her sister was allergic to Mountain Lions and had only had the reaction once before.

Watson suggested they investigate taxidermists and it took no time at all to track the shooter down. During interview he confessed to the killings and said he was hired to do it. He also told them he had been hired for killings before by the same man who he said was called Mr. King.

After talking with Sherlock, Captain Gregson decided to pay Morland a visit to put some pressure on him. Morland refused to give anything up and Gregson threatened him before he left, should anything happen to Sherlock or Watson.

An angry Morland brought all of Emil’s files to Sherlock to prove his innocence. One piece of evidence he highlighted was an encrypted email. Sherlock got his hacker friends involved who verified the email for him.

Sherlock decided that his father might not be involved after all. The clues eventually led to an online morality test that was collecting data to identify psychopaths. Their information was then being sold on to people looking to hire killers.

At the end of the episode Sherlock uncovered a pattern that suggests that Moriarty may well be behind everything. With just two episodes left this season, things are getting interesting!

The penultimate episode of season four is The Invisible Hand. When Holmes and Watson discover the perpetrator behind the attempt made on Morland’s (John Noble) life, they find a shocking connection to themselves.

Tune into Sky Living at 10pm on Thursday to watch the episode. Preview episode 23 with our gallery below: