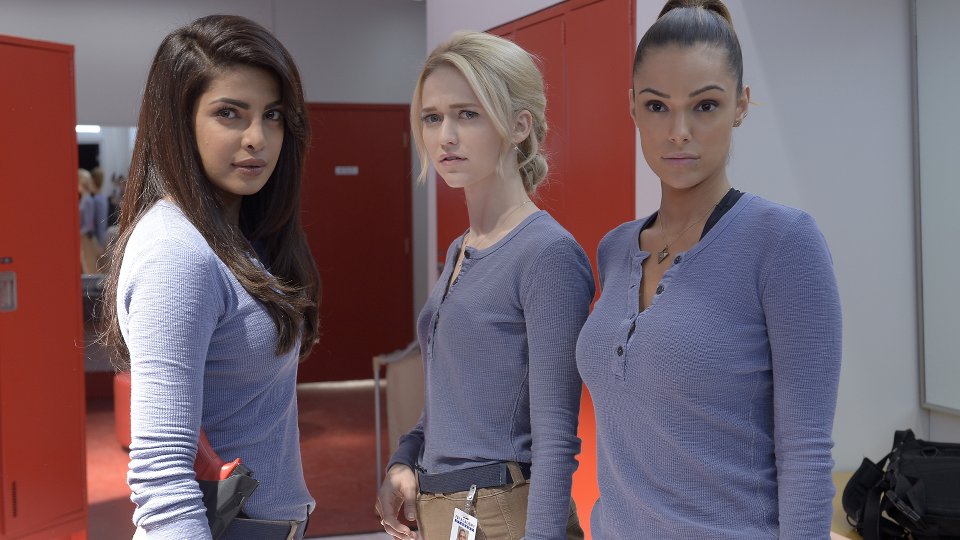 Alex (Priyanka Chopra) turned to Elias (Rick Cosnett) on the latest episode of Quantico as she tried to prove her innocence.

When a government group arrived to interrogate Alex, Elias stepped in as her legal counsel. The group tortured Ryan (Jake McLaughlin) to try and get her to confess to the bombing. Meanwhile Liam (Josh Hopkins) and several of Alex’s fellow trainees discovered that Alex was kidnapped by someone in a van, drugged and left at the bomb site.

Flashing back to the recruits Quantico training days, Ryan was concerned about Alex’s growing closeness to Liam. Simon (Tate Ellington) reported falsified evidence about a serial killer causing anger among the other NATs.

The next episode of the season is Quantico. At Quantico, an emergency disciplinary hearing causes deep secrets to be spilled, while in the future Alex works covertly with her team to find the real bomber before her time runs out.