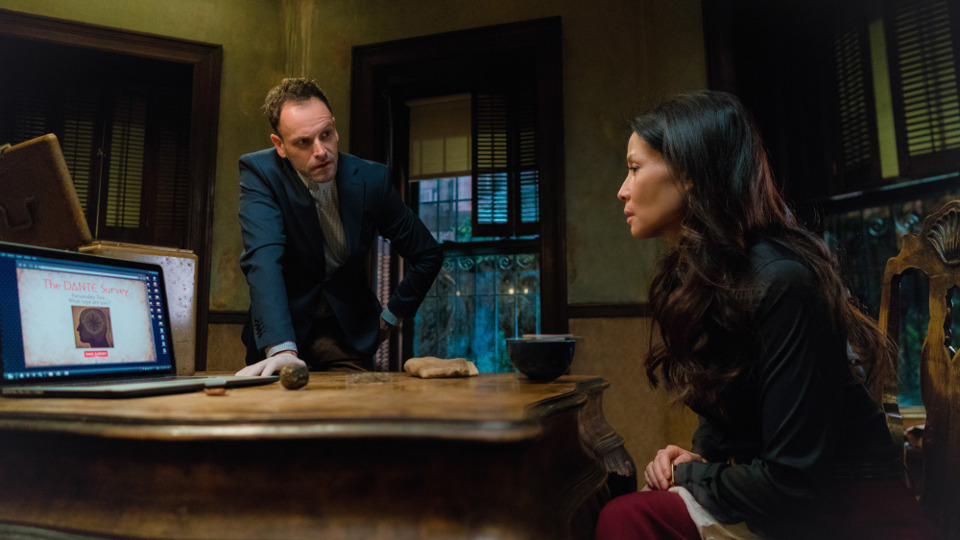 The latest episode of Elementary opened up with Watson (Lucy Liu) visiting a bar to watch a stand-up comic routine. The comic was Eugene who is doing a lot better after taking a break from the morgue and seeking help.

Watson explained that Sherlock couldn’t make it as he was out with Fiona but before the pair could talk more she received a text message. It was from Emile, her mole investigating Morland Holmes. She met him at a book shop for an update and he gave her details of some of Morland’s dealings in Russia. Morland had recently bribed certain Russians in an effort to track down an escaped convict.

Later in the episode Emile arranged another meet where he refused to help her any further. He’d discovered evidence that suggested that Morland might be on to him.

Sherlock (Jonny Lee Miller) and Watson were called to a double homicide that looked like a car jacking gone wrong. However Sherlock and Detective Bell believed the scene was staged. A strange high pitched noise alerted Sherlock to a discarded camera in a dumpster nearby. Some photo’s on the camera revealed that the men, Jared and Butch, were staging a different murder before being murdered themselves.

During questioning the girlfriend of one of the men, Sherlock found a few bloodstained shirts in the trash. A closer look revealed that the shirts were actually failed experiments covered in fake blood with no bullet holes. The men were going to stage a fake murder.

Eventually the clues revealed that Jared was planning a fake death in order to disappear. However it was his wife who had murdered them both after discovering Jared’s plan.

Elsewhere in the episode Morland paid a rather intimidating visit to Watson. He was waiting for her at the Brownstone when she got home and claimed to be looking for an item of his.

At the end of the episode Detective Bell was called to a shooting at a diner, one of the deceased turned out to be Emile. Looks like Morland might know everything.

The next episode of season four is Turn It Upside Down and was directed by Lucy Liu. In the episode Sherlock’s father, Morland (John Noble), becomes Sherlock and Joan’s prime suspect in a murder investigation after one of his employees is killed under the guise of a robbery.

Tune into Sky Living at 10pm on Thursday to watch the episode. Preview episode 22 with our gallery below: