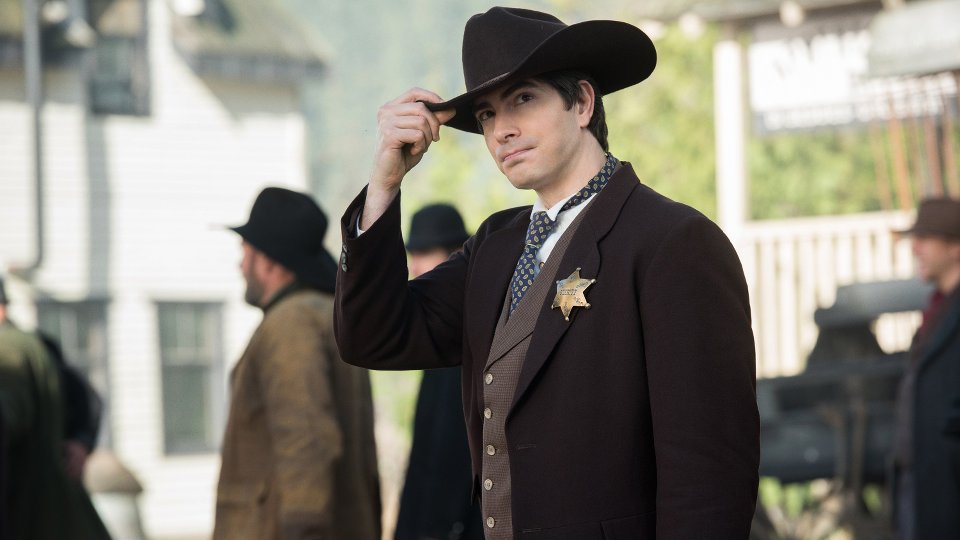 The Legends struggled with an ethical dilemma when Rip (Arthur Darvill) took them to 2147 on the latest episode of DC’s Legends of Tomorrow.

Rip revealed that the team’s latest mission was to kill Per Degaton (Cory Gruter-Andrew), a 14-year-old boy who was a protege of Savage’s (Casper Crump). Per is the person who will eventually grow up to unleash a virus on the world allowing Savage to rise to power.

The Legends couldn’t bring themselves to kill a child so they agreed to remove him from the timeline by kidnapping him. Rip decided to release Per after pleading with him not to follow Savage’s influence. Unfortunately all the interference did was accelerate the timeline causing the virus to be unleashed earlier.

Elsewhere in the episode Mick (Dominic Purcell) put aside his differences with Snart (Wentworth Miller). He also warned the team that the Time Masters have released hunters to kill each of them. Kendra (Ciara Renee) has flashbacks to a past life with Carter (Falk Hentschel) causing problems for her relationship with Ray (Brandon Routh).

The next episode of the season is The Magnificent Eight. Bounty hunter Jonah Hex shows up when the Legends encounter trouble in the Old West.