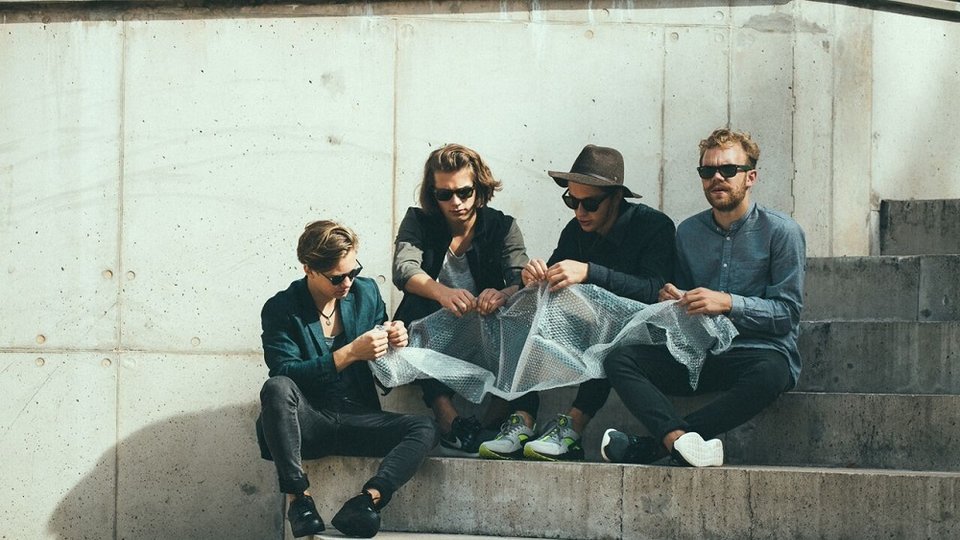 In less than three weeks The Great Escape will once more open its doors and invite festival goers to discover new music. Brighton will again play host to the event and hundreds of venues across the city will welcome countless amounts of up and coming artists set for big things in 2016.

Like every year TGE picks an international partner and 2016’s is Lithuania and Latvia and this is where our next band is from. Carnival Youth come hailing from Latvia and is already the most successful band not only from its home country but of the whole Baltic region. The four-piece is also the proud recipient of The European Breakers award at Eurosonic 2016.

Carnival Youth’s sound is all about catchy melodies and a good hook. The band’s enthusiasm and  energy is complimented by its lyrical songs which show how much Carnival Youth love music and performing live.

Carnival Youth, Roberts Vanags, Aleksis Lurins, Edgars Kaupers and Emils Kaupers formed back in 2012 and already released two records Never Have Enough EP and their debut album No Clouds Allowed. Understandably No Clouds Allowed was rewarded the best debut album of 2014 in Latvia and introduced the band to European fans. So far the band has played live in Germany, Austria, England, Netherlands, Switzerland and performed at famous festivals such as The Great Escape, Sziget, Positivus, Open’er, Reeperbahn and Eurosonic just to name a few. The band’s second album, Propeller will be released in 2016.

The band is set for big things in 2016 and will probably be one of the acts most talked about at The Great Escape this year.

Carnival Youth will play at Sticky Mike’s Frog Bar at 3pm and Brighthelm at 10.30m on 21st May.

In this article:Carnival Youth, TGE, The Great Escape