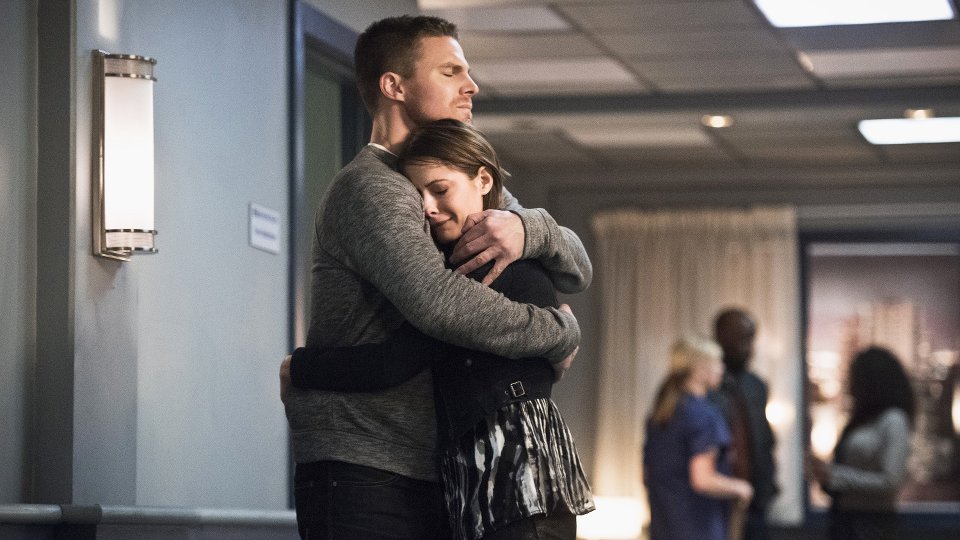 Team Arrow suffered a devastating loss on the latest episode of Arrow.

Laurel (Katie Cassidy) was stabbed by Darhk (Neal McDonough) during a prison riot as revenge for Captain Lance (Paul Blackthorne) testifying against him. Oliver (Stephen Amell) rushed Laurel to the nearest hospital and despite looking like she was going to survive, she ended up losing her life.

Elsewhere in the episode Diggle (David Ramsey) found out that his brother Andy (Eugene Byrd) had been working for Darhk and was angry that he ignored Oliver’s reservations. Darhk also got his idol back thanks to Malcolm (John Barrowman) meaning that he had his powers once again.

The next episode of the season is Canary Cry. Lance reaches out to Nyssa as Team Arrow struggle to deal with the death of one of their own.