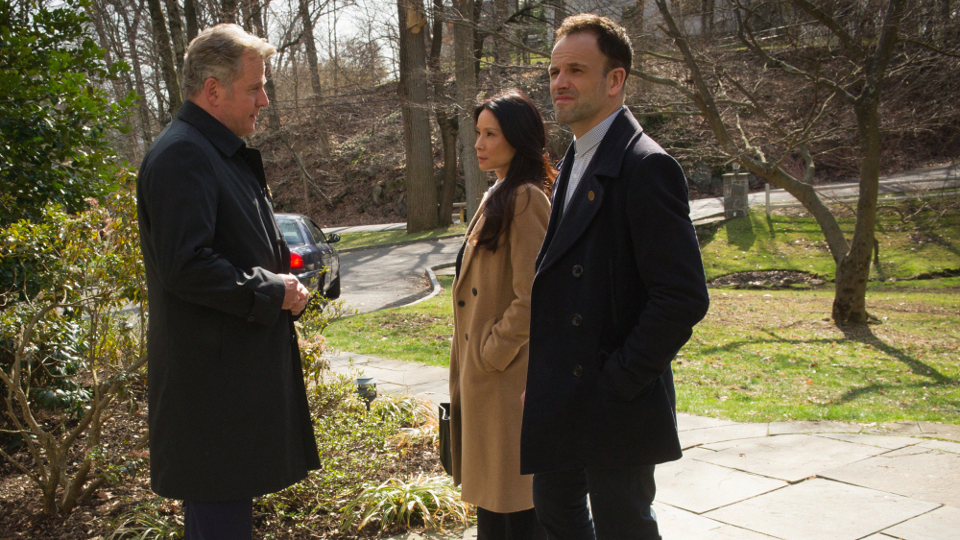 The latest episode of Elementary continued right where the last one ended. Watson (Lucy Liu) discovered that Lin was her half-sister who had known about her for around two years. Lin said that she and her mother were abandoned by her father when he went off his meds.

Lin also told Watson that she had sought her and Sherlock (Jonny Lee Miller) purely for help. She said she had no interest in getting to know Watson.

Meanwhile a girl was shot outside a gym late at night. She was waiting for a ride-share and attempted to get in the back seat of a car that pulled up but the driver shot her in the chest several times.

Her brother was initially a suspect but he suggested that she might have had a stalker thanks to her involvement in an art exhibition. An artist had been using people’s selfies from social media and using them in his exhibition.

Some people weren’t happy about this and Sherlock and Watson tracked down a girl who had posted an angry video online that made threats toward the artist.

It’s another dead end until Sherlock notices that the picture in the gallery has been altered. A mysterious man in the background had been removed.

Watson managed to identify and locate the man and he set them off on the trail of who he says was the killer. He also points them in the direction of his ex-girlfriend who works on the force.

This leads them to a lab technician who they uncover has been tampering with test results to allow the police to convict people they are sure committed crimes. Resting all her cases eventually allows them to pinpoint who the killer was.

At the end of the episode Watson and Lin managed to settle their differences and agreed to work on their relationship moving forward.

The next episode of season four is Ain’t Nothing Like The Real Thing. When Holmes and Watson are pulled into a double-homicide investigation, they discover the victims were staging a fake murder right at the moment they were killed. Also, Watson’s inside man at Morland’s office encounters a problem that threatens to expose her spying to Holmes and his father.

Tune into Sky Living at 10pm on Thursday to watch the episode. Preview episode 21 with our gallery below: