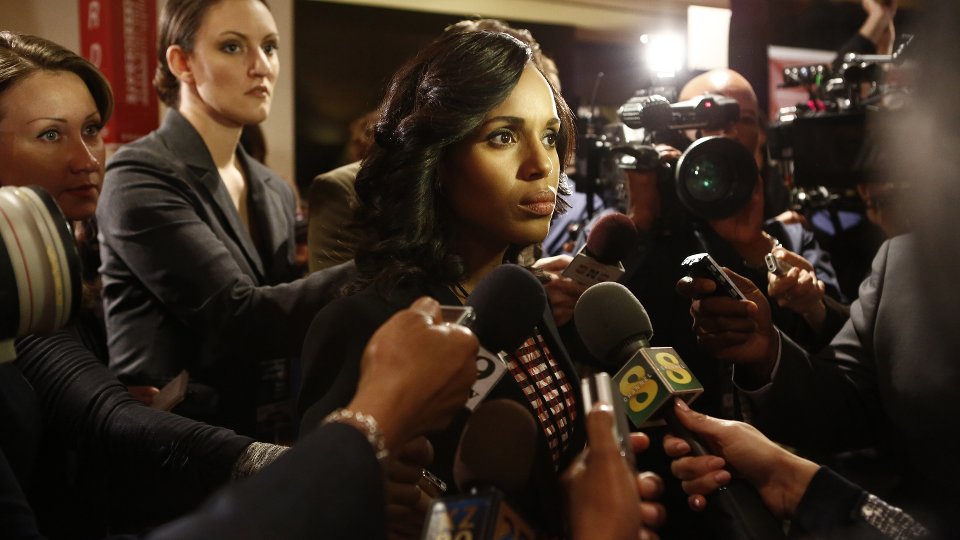 Olivia (Kerry Washington) faked depression after killing Andrew (Jon Tenney) so she could get closer to Rowan (Joe Morton) and Jake (Scott Foley) on the latest episode of Scandal.

While inside her father’s house, Olivia discovered that Rowan was planning to get Jake elected as Vice President to run alongside Edison (Norm Lewis). She realised that Jake didn’t really want to go through with the plan or marry Vanessa (Joelle Carter) so she manipulated him into planning to run away with her.

Rowan caught wind of the plan and threatened to kill Jake if he ran away with Olivia so to save his life she broke up with him. The break-up led to Jake going through with his marriage to Vanessa.

Through flashbacks we learned Jake’s backstory and came to understand his relationship with Rowan.

The next episode of the season is Buckle Up. The candidates prepare to meet with Florida’s governor, Abby (Darby Stanchfield) and Olivia enter into a spin war.

Tune in to Sky Living HD at 10pm to see the episode. Preview it with our gallery below: