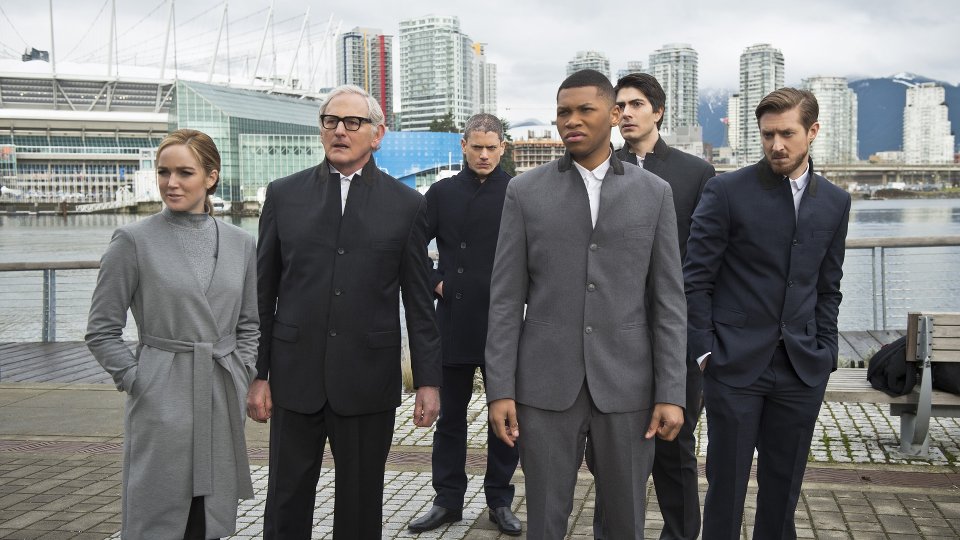 Sara (Caity Lotz), Kendra (Ciara Renee) and Ray (Brandon Routh) were left stranded in the 1950s on the latest episode of DC’s Legends of Tomorrow.

Kendra and Ray built a life together while Sara joined the League of Assassins. Rip (Arthur Darvill) and the team arrived in the 60s to get them back and found Kendra the most willing of them all. Ray was hurt that Kendra was happy to leave the life they had together behind and Sara had been encouraged to use her killer instinct by the League making it difficult to convince her to come back.

Elsewhere in the episode Chronos revealed himself to be Mick (Dominic Purcell) and the team imprisoned him on the Waverider in an attempt to reform him.

The next episode of the season is Progeny. The Legends struggle with their consciences when they find out they must kill a 14-year-old boy in order to save the world.

Tune in to Sky Living HD at 8pm on Thursday to see the episode. Preview it with our gallery below: