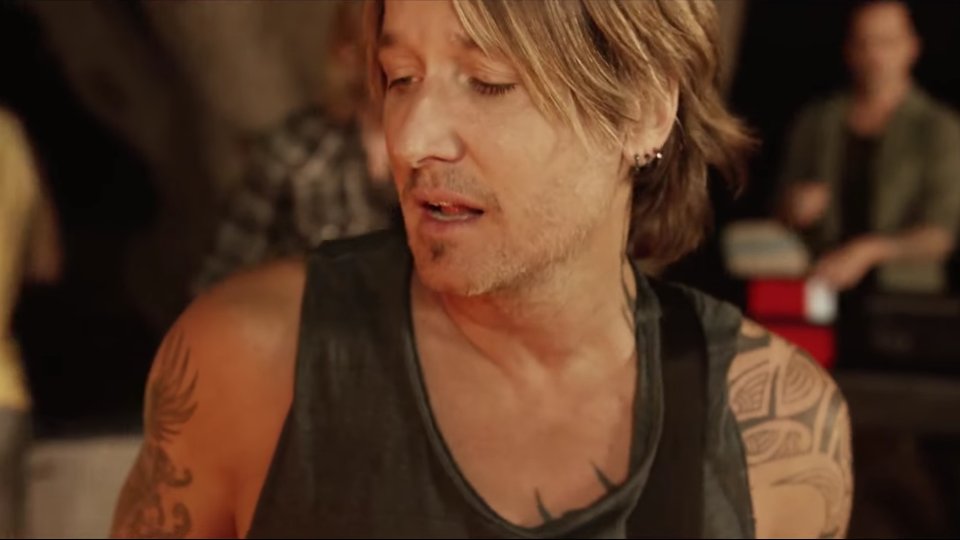 Keith Urban is making us long for warmer days and the arrival of summer with the music video for new single Wasted Time.

Directed by John Urbano, the music video sees Keith and his band performing in the woods surrounded by beautiful young things who are partying and having a great time. Day soon turns into night as Keith performs armed with his trusty banjo as a camp fire rages.

Wasted Time is the third single to be taken from Keith’s upcoming studio album Ripcord, which is released on Friday 6th May 2016. It’s the follow-up to previous Ripcord singles John Cougar, John Deere, John 3:16 and Break On Me.

Since its release, Wasted Time is rushing up the Country charts in the US and hoping to match the number 1 success of Break On Me.

Keith will hit the road with Brett Eldredge and Maren Morris for his Ripcord World Tour on 2nd June 2016. The tour ends in Australia in December and we’re hoping that Keith will head over to the UK to headline C2C: Country to Country in March 2017.

Watch the video for Wasted Time below:

Advertisement. Scroll to continue reading.
In this article:Keith Urban