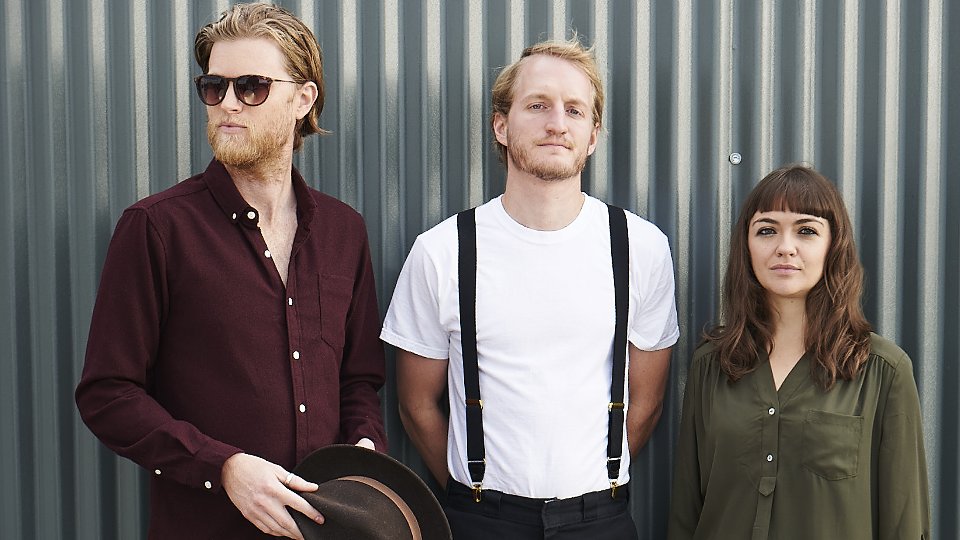 The Lumineers were at the Brixton Academy last night, to do what they do best – put on a fun and energetic gig. Their second album Cleopatra climbed to the top of the UK album charts last week – and their Brixton Academy gig was completely sold out. There is no better place to watch this talented band live than in a small and intimate arena. We were about 10 rows back in the standing section of people and everyone in the room were so ridiculously excited to see them play live.

Opening with Sleep on the Floor, they gave the song their all and the energy levels in the arena were buzzing. Next up was the title track to the new album – Cleopatra and considering it hasn’t been out for very long, almost everyone in the room new the track word by word. Just wonderful! Next up was the brilliant Classy Girls, followed by the song that they are probably most known for – Hey Ho! This song live is now deafening and the crowd completely drowned out the band with their singing, it was one of those moments that gave you shivers and made you feel happy to be there, soaking up every drop of atmosphere.

We love that The Lumineers insist that people put their phones down and enjoy the moment of their shows. All too often with gigs now (and life in general), people are just too obsessed with their phones and technology, trying to record every moment or take photos continuously, or checking for messages. Thankfully, after they respectfully asked the crowd to please put their phones away after Ophelia – there wasn’t a single mobile phone in the room recording or photographing anything! All you could then see were smiling faces, or hearing people sing every note. Joyful times.

Things quietened down in the second half of the gig and their reflective songs that are on their new album made way for some mellow moments. They didn’t interact all too much with the crowd, only stopping to thank everyone several times for being there and supporting them. They seem as down to earth as ever and seem genuinely happy to be there at every gig they play. From start to finish, they gave a flawless show. We love that they haven’t changed a bit from when we first met them a few years ago. They still have that verve and passion for playing their songs.

The encore included Long Way From Home, Submarine and finishing with Stubborn Love. There wasn’t too many mischievous moments in their show, that we’ve seen in the past (apart from climbing on top to the piano to dance and throwing the tambourine in the audience after doing so!). Again, another superb gig from this extremely talented band. The show seemed to fly by in the blink of an eye. The Lumineers know how to put on a show and being musicians as talented as they are, they really can’t go wrong. Another night of great live music and fun was had by all.

In this article:Brixton Academy, Cleopatra, The Lumineers