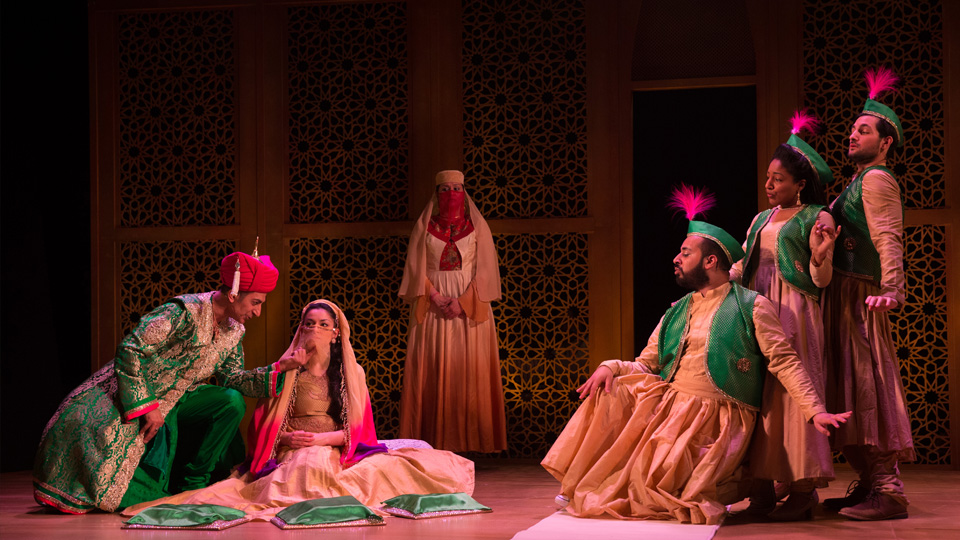 From the creators of acclaimed award-winning musical Britain’s Got Bhangra comes a new contemporary musical. Director and Writer Pravesh Kumar (The Deranged Marriage, There’s Something About Simmy), Music composer Sumeet Chopra (Break the Floorboards) and Lyricist Dougal Irvine (Departure Lounge, In Touch) have joined forces for a retelling of the greatest eastern love story – Laila Majnu.

Originating in 7th century Persia, the bittersweet story of star-crossed lovers has been passed down through verse and song over centuries. It was popularized by 12th century Persian poet Nizami Ganjavi with his version Layla u Majnun and British poet Lord Byron described the story as the “Romeo and Juliet of the east”. Predating Shakespeare’s play by 700 years, it is said to have inspired the bard’s tragic love story.

The story of young love and feuding families is being given a modern musical twist by the Laila creative team. In modern day Yorkshire, Laila finds herself in an old story and on a new journey. Artistic Director of Rifco Pravesh Kumar said: “Laila Majnu is one of the oldest love stories but has rarely been told in the west. The story has travelled across borders and generations through music and verse and is a natural musical. I wanted to share this beautiful story and look at the timeless themes of love and honour in today’s multicultural Britain.”