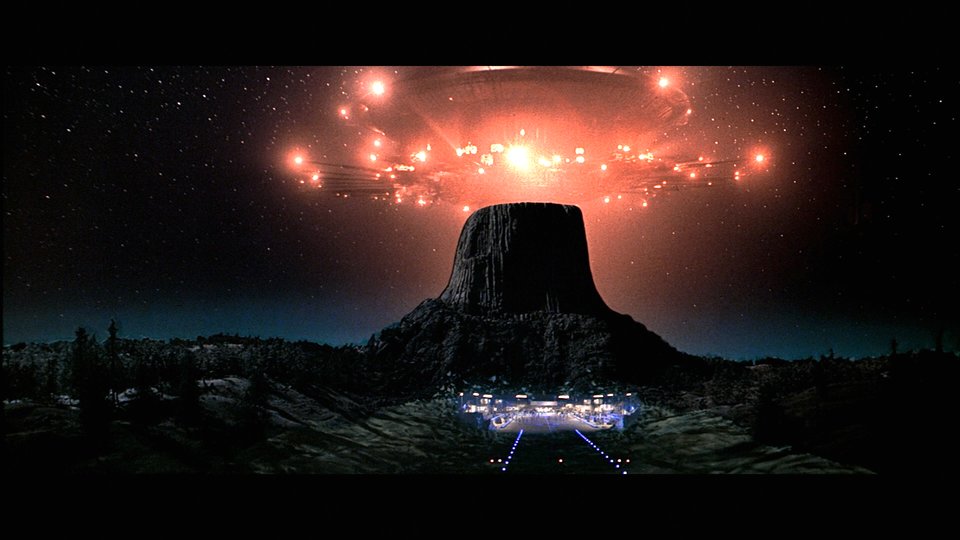 Sony Pictures Entertainment, the BFI and Park Circus have announced a big fan-favourite is returning to cinema screens!

Close Encounters of the Third Kind (The Director’s Cut) will receive an exclusive extended run at the BFI Southbank from 27th May, screening from a new 35mm print. This special presentation will lead the BFI’s two month season dedicated to Steven Spielberg – a celebration of one of the most influential and successful filmmakers in the history of cinema that will screen more than 30 of the director’s films throughout June and July.

Combining elements of both the 1977 original version and the 1980 Special Edition, Close Encounters of the Third Kind (The Director’s Cut) represents Steven Spielberg’s definitive edit of his sci-fi masterpiece. An extended theatrical run of The Director’s Cut from 35mm will form a fitting tribute to a filmmaker now synonymous with the magic of film and the ritual of cinema-going; returning his version of the story to its intended format and setting.

In the midst of a series of unexplained events, electrical lineman Roy Neary encounters a UFO on a deserted road whilst investigating a large-scale power outage. Roy becomes increasingly obsessed with UFOs and subliminal messaging following his experience, distancing himself from his wife and children but drawing him closer towards parallel investigations being conducted by scientists, the military and other survivors of encounters who are attempting to communicate with the mysterious otherworldly presence.

Screening from a new 35mm print, Close Encounters of the Third Kind (The Director’s Cut) will receive an exclusive extended run at BFI Southbank from 27th May.

Check out the original theatrical trailer from 1977 below:

In this article:BFI, Close Encounters of the Third Kind, Steven Spielberg