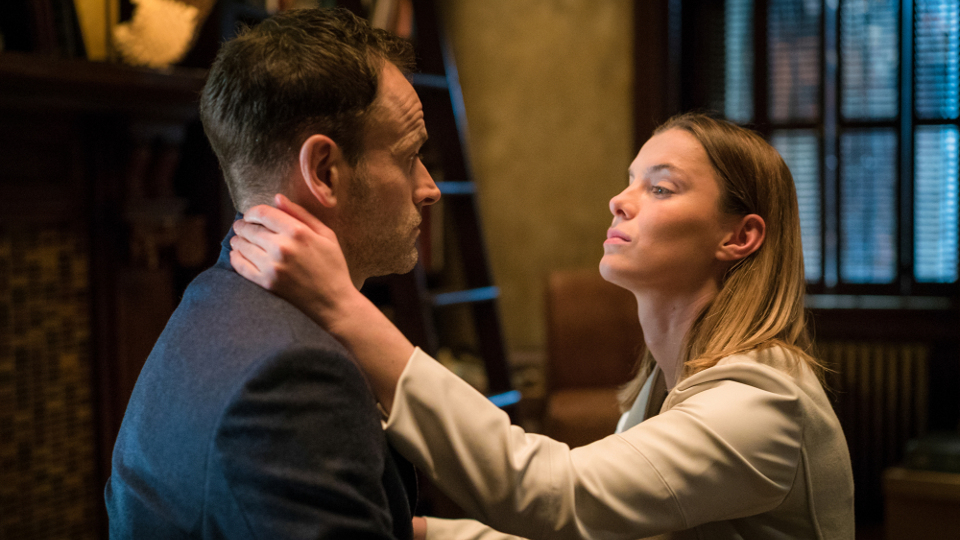 This was following the discovery of a comic book hero impersonator who had been shot and killed. The clues led the duo to the publisher of the comic book and their attention focused on the editor.

They discovered that he was the grandson of the creator. He was upset at his grandfather not getting the rights to his creations. They also found out that he knew the victim.

Further investigation revealed the editor was preparing to carry out a mass shooting of his colleagues but was stopped by the victim. This encounter prevented the shooting but sadly led to the death of the hero.

Elsewhere Joan was surprised when Morland made a sizable donation to a charity drive she was involved in. Knowing there was more to it she went to see him and he requested her help in uncovering a mole in his organisation.

She eventually found him but told Morland there was no mole. Instead she later approached the mole and recruited him to continue his work for her so she would have inside knowledge of Morland’s dealings.

The next episode of season four is Ready or Not. When a survivalist doctor goes missing, Holmes and Watson must determine whether he’s purposely gone off the grid or if he’s a victim of foul play. Also, Holmes exhibits odd behavior when his romantic relationship with Fiona (Betty Gilpin) hits a critical point.

Tune into Sky Living at 10pm on Thursday to watch the episode. Preview episode 18 with our gallery below: