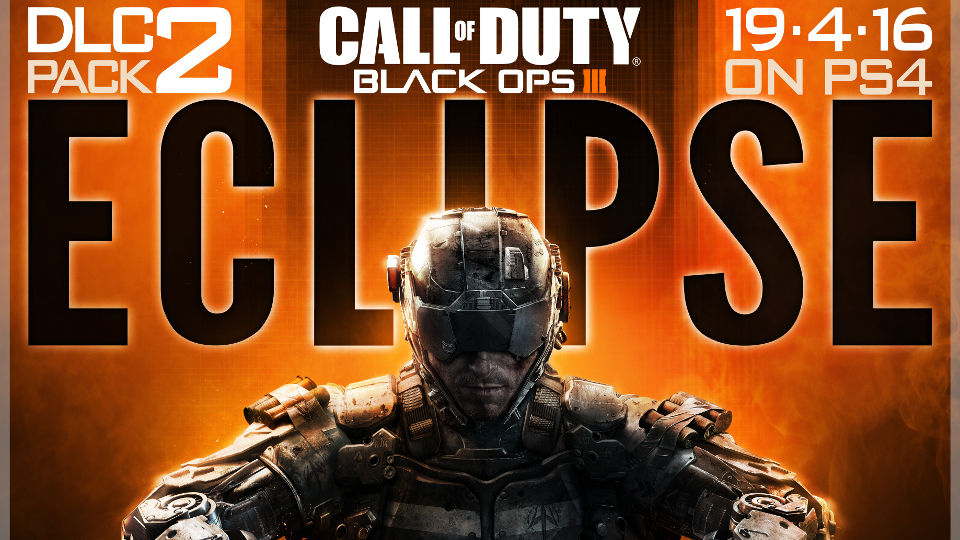 Eclipse, the second DLC pack for Call of Duty: Black Ops III, is set to release on 19th April, first for the PlayStation 4 with other next-gen platforms to follow. The pack features four new multiplayer maps and an all-new Zombies experience that immerses players in an undead World War II Pacific theatre.

The four new multiplayer maps are:

Eclipse also sets the stage for Zetsubou No Shima, the new entry in the Call of Duty: Black Ops III Zombies storyline. The Origins characters continue on their mission to stop the zombie apocalypse not only in this universe but in all universes.

The heroes find themselves stranded on a remote Pacific island which is home to the Division 9 facility: a secret biological research lab whose experiments with Element 115 and its effects on human, animal and plant biology has created horrors beyond belief. Zetsubou No Shima features a foliage-rich island map including new terrifying zombie enemies, a variety of innovative transport mechanics, more devastating traps and classic Zombies side quests.