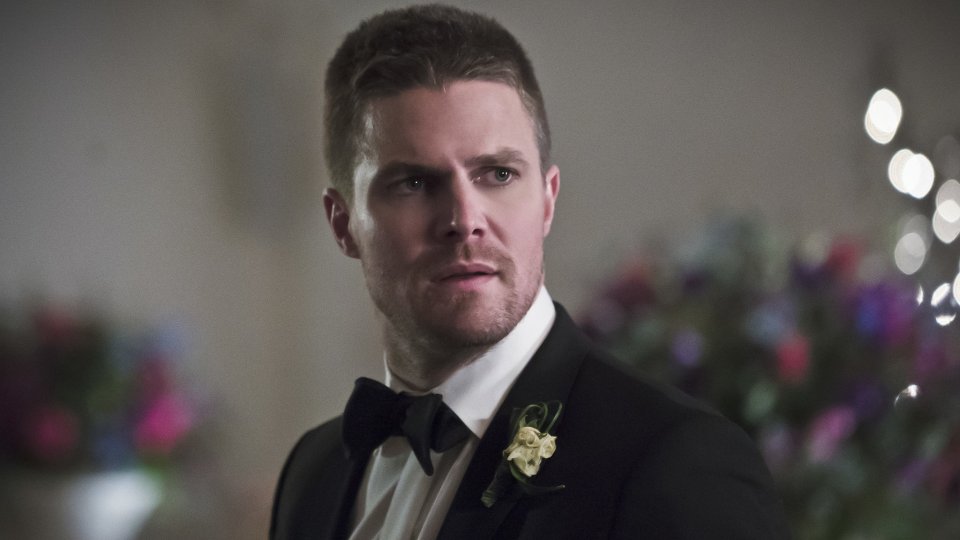 Oliver (Stephen Amell) battled for the safe return of his son on the latest episode of Arrow.

Darhk (Neal McDonough) kidnapped William (Jack Moore) in an attempt to force Oliver to drop out of the mayoral race. The situation meant that Oliver had to come clean to the team, which came as a huge shock to everyone especially Felicity (Emily Bett Rickards). William’s mother Samantha (Anna Hopkins) arrived in Star City upset and worried for the safety of her son.

Oliver called on Vixen (Megalyn E.K.) for help and she used her magical powers to track William’s location. The team discovered the root of Darhk’s magic and destroyed it leaving him powerless. Oliver sent Samantha and William away and decided to no longer have contact with them to ensure their safety.

Felicity decided to break up with Oliver following the uncovering of his lie and moments after she told him of her decision, the bio-mechanical implant kicked into action and she started to walk again.

The next episode of the season is Broken Hearts. Oliver and Felicity pose as bait when a murderous Cupid (Amy Gumenick) flies in with a devastating goal.