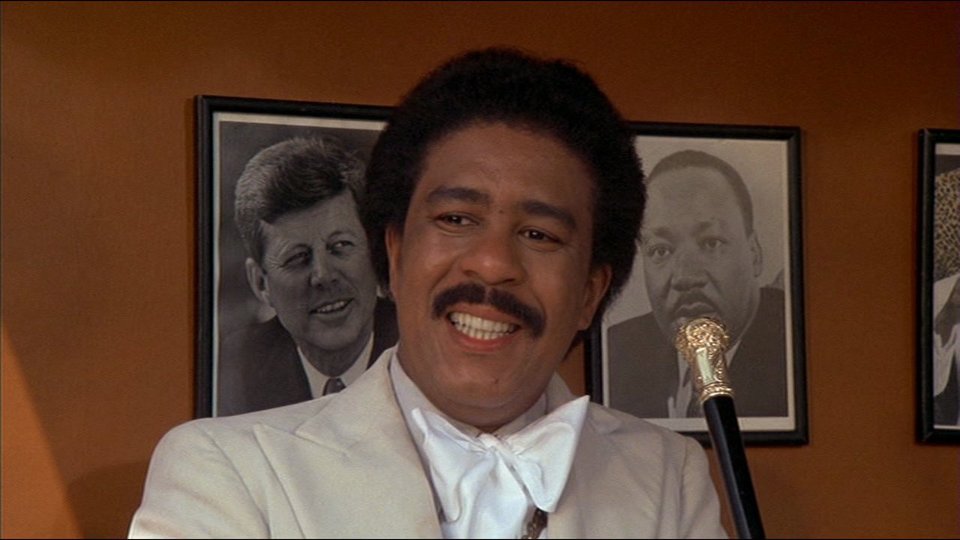 Car Wash is a hugely enjoyable day in the life workplace comedy. Structurally episodic and with a huge cast of mostly unknown actors, the film just meanders around from one set up to the next.

Directed by Michael Schultz and written by Joel Schumacher (Batman & Robin), Car Wash is a rambling, mostly pointless, but extremely fun film. The cast are clearly having a ball, and it comes across on screen.

Keeping things moving at all times is the fantastic soundtrack. The title track which is played fairly early in the piece is a definite high point, but it doesn’t stop there. The disco tinged funk score never stops playing, it just grooves away in the background of every scene, with the volume going up and down as required.

The most famous actors in the cast are just cameos, although you’d be forgiven for thinking that Richard Pryor and George Carlin were the stars considering how prominently they feature in the marketing for this film. Truthfully they don’t appear for long, but both are hilarious in their own way.

The film has been given a fantastic transfer onto Blu-ray, and looks superb as a result.

In this article:Car Wash, Fabulous Films