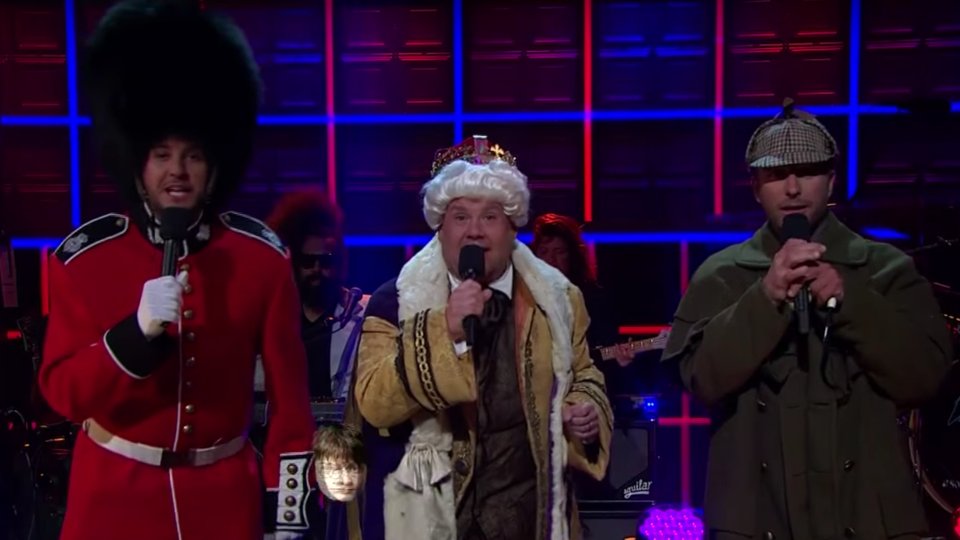 Dierks Bentley and Luke Bryan made an appearance on The Late Late Show with James Corden last night to perform a UK themed country song.

Titled Honky Tonk in the UK, the song saw the two Country superstars team up with BRIT actor/presenter James Corden for a hilarious musical moment. Using every British stereotype you can think of, the three amazingly managed to keep straight faces as they performed the number.

Bentley was dressed up as Sherlock Holmes, Bryan in full Queen’s guard costume, and Corden sporting an outfit fit for a King.

Bentley and Bryan appeared on the show to promote the Academy of Country Music Awards, which they are co-hosting this Sunday. It marks the first time Bentley has presented the show and recently he posted a funny video where he appeared at the awards naked on stage.

Fans of Bentley are being spoiled at the moment with the star announcing the release of his new album Black. He will be arriving in the UK next month for a tour too.

We recently interviewed Bentley and he talked about his album and forthcoming tour.

Watch the performance from The Late Late Show With James Corden below: