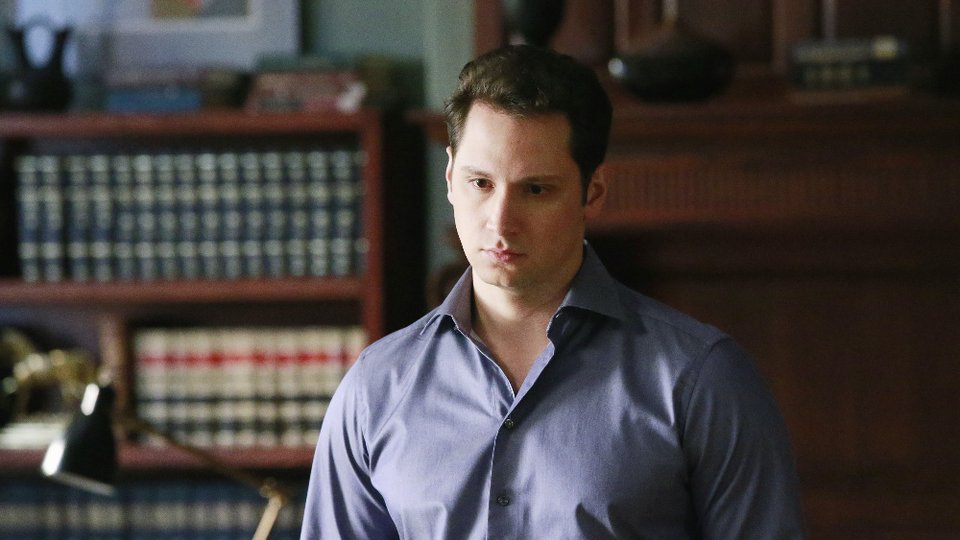 Wes (Alfred Enoch) panicked that he may have responsible for his mother’s death on the latest episode of How to Get Away With Murder.

As Laurel (Karla Souza) pushed Annalise (Viola Davis) to come clean about what she knew, Wes visited his doctor again to talk about the possibility that he murdered his own mother. He then paid a visit to Eve (Famke Janssen) after discovering that she knew his mother. Meanwhile the team continued to try and locate Philip (Jefferson White) after they received more videos.

Elsewhere in the episode the A.D.A. granted Annalise and her team immunity after she turned over all of the videos for help locating Philip. She then found Philip in Wes’ apartment where he attacked her.

In the flashback Eve represented Wes’ mother Rose (Kelsey Scott) at Annalise’s suggestion, and it was revealed that Rose killed herself in front of Annalise.

The next episode of the season is There’s My Baby. The search for Philip becomes desperate, and the students find themselves facing uncomfortable questions about Emily Sinclair’s death.

Advertisement. Scroll to continue reading.
In this article:Alfred Enoch, Famke Janssen, How To Get Away With Murder, Jefferson White, Karla Souza, Viola Davis