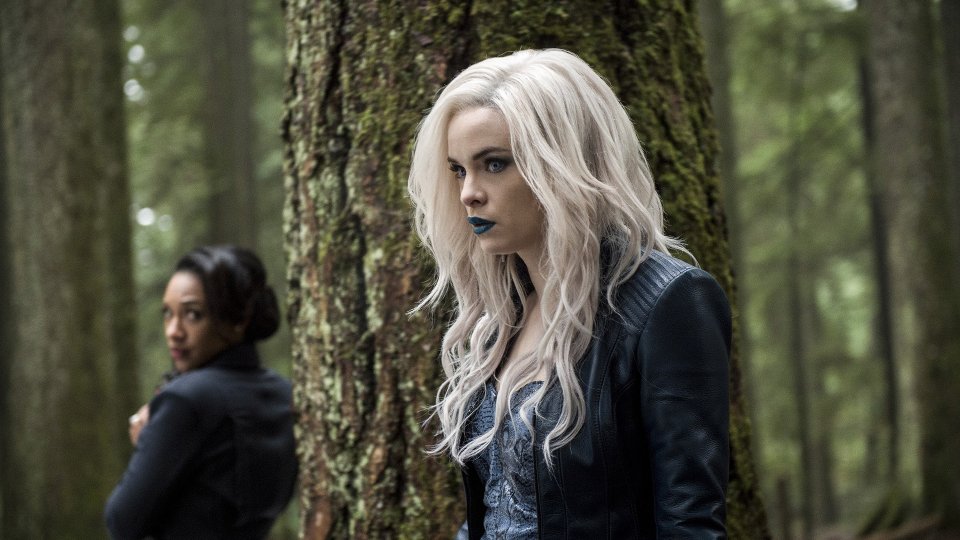 Barry (Grant Gustin), Cisco (Carlos Valdes) and Harry (Tom Cavanagh) were surprised by what they found on Earth-2 on the latest episode of The Flash.

After arriving on the parallel Earth, Barry discovered that his doppelganger wasn’t the Flash and was married to Iris (Candice Patton) who was a police detective. Joe (Jesse L. Martin) wasn’t a cop, instead choosing the life of a singer in a bar. Caitlin (Danielle Panabaker) and Ronnie (Robbie Amell) were known as villains Killer Frost and Deathstorm and they worked for Zoom.

Over the course of the episode Zoom caught on to the fact that Barry and co were on Earth-2 and during a fight with Killer Frost and Deathstorm, Joe was killed. Cisco met his doppelganger, the evil Reverb, but after disobeying Zoom’s orders Reverb was killed and Barry was imprisoned by Zoom.

Elsewhere Jay (Teddy Sears) revealed to Caitlin that he invented Velocity-6 on Earth-2 and that was why he lost his speed and is dying.

The next episode of the season is Escape from Earth-2. The team are forced to ask for help as they desperately search for Zoom’s lair. Back on Earth-1, Caitlin rushes to perfect Velocity-9.