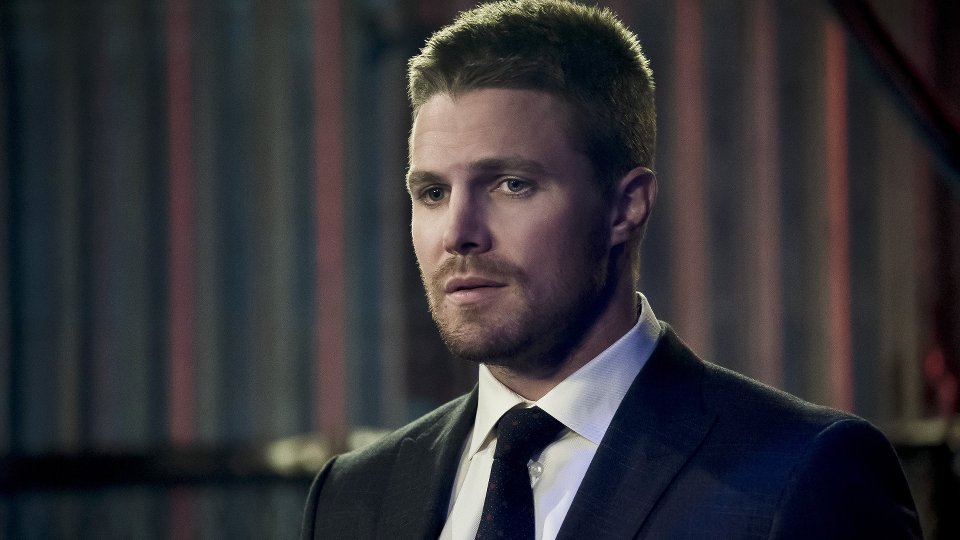 Oliver (Stephen Amell) attempted to broker an exchange between Nyssa (Katrina Law) and Malcolm (John Barrowman) on the latest episode of Arrow.

After refusing Nyssa’s offer of a cure for Thea (Willa Holland) on the condition that he killed Malcolm, Oliver thought he had convinced Malcolm to hand over the League of Assassins to Nyssa. Malcolm seemingly agreed to the deal after Nyssa gave Oliver a sample of the cure to give to Thea proving that it worked.

During the exchange Malcolm double-crossed Nyssa and Oliver talked Malcolm into challenging Nyssa to a duel with the winner taking the League. Oliver invoked his right as Nyssa’s husband to take her place in the fight and he cut Malcolm’s hand off, exchanging the Demon’s Head ring with Nyssa for the cure.

At the end of the episode Malcolm went to Darhk (Neal McDonough) and told him about Oliver’s son.

The next episode of the season is Code of Silence. Team Arrow act fast when they uncover a H.I.V.E plot to destroy them once and for all. Thea helps Oliver as he struggles with his conscience.