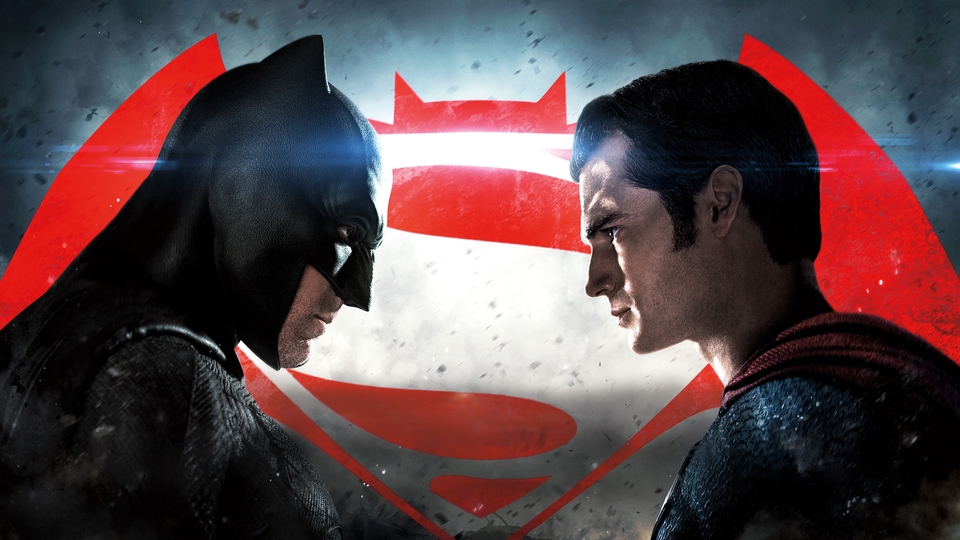 With the wait finally over for what is dubbed the Superhero showdown of the century, Batman v Superman: Dawn of Justice is a very important movie. The future of DC Comics cinematic endeavours lie with its success or failure. I’ll prefix this review by saying that I’m a huge comic-book fan. I champion Superman and utterly idolise Batman. So any match-up between the two will have to go some way to disappoint me – especially given the amount of slack I’m willing to give the project.

Batman v Superman has the semblance of a decent movie. I truly believe that. But the mechanics of the film fail at almost every level and this is an unforgivable mistake to make. There are many factors to why this happens and being a spoiler-free review, I’ll avoid going into greater depth here (however if you want to read my spoiler-filled breakdown, click here). Instead I’ll discuss why the film hasn’t achieved its remit in general terms.

Batman v Superman: Dawn of Justice’s fundamental problem is that it’s a convoluted mess of storylines, threads, and arcs that just aren’t afforded the opportunity to develop properly. Everything feels rushed. Take inspiration from your source material but at the very least make it coherent and give it its due respect. Each thread makes sense if you allow enough time for it to brew properly. There are elements of this story that should have taken 2-3 movies to set up. We get it all thrown at us in 151 eye-blistering minutes. DC is playing catch-up to Marvel and as a result their end-product feels too hurried, which is a real shame. Given the right amount of time to set things up, Batman v Superman could have been stunning.

After Superman’s fight with Zod ended with mass carnage (the events of Man of Steel), the world is seeking answers to what kind of superhero it wants and needs. Some revere Superman (Henry Cavill) but others live in fear of his intentions, including Bruce Wayne (Ben Affleck). Vowing to stop him before he takes out humanity, Batman plans to challenge Superman to secure the future of humankind. Little know to both, Lex Luthor is playing them off one another as he looks to create a devastating new life-force using Kriptonian technology to wreck havoc onto the planet.

Lex Luthor’s (Jesse Eisenberg) plan actually makes sense. The character’s interpretation however makes no sense. This is certainly a Lex we have never seen onscreen before – a manic odd-ball rich kid that you just want to slap at every opportunity. If the overriding desire was to do something different with Lex then it worked. But that shouldn’t be the remit for Batman v Superman at all. Eisenberg was not the way to go here, and his Lex is another wasted avenue of possibility. Having seen the initial trailer, I had hoped that his spewing motor-mouth was actually a public front to a much more malevolent psyche at work behind the scenes. It turns out that I gave the writing too much credit – he’s just a whiney loudspeaker with an inferiority complex.

Don’t mess with the legacies of your main heroes. We are talking about Batman and Superman here. They are strong enough characters to not need meddling with. I like Henry Cavill a lot and feel sorry for him because he hasn’t had a decent crack of the whip yet. His Superman lacks any real charisma (which is to no fault of the actor). Ben Affleck’s Batman fares better and a solo project could be really interesting (especially with Affleck co-writing and directing) but they make a fatal mistake with him – Batman uses guns, and lots of them. That cannot and should not ever happen. These iterations of the characters ultimately feel too far removed from what we know.

You also need to know a lot about the comics to really understand large parts of the narrative and for a blockbuster like this, accessibility is key. I’m all for truer adaptations of comics from their original source material, but if you’re going to do that then you have to make sure you’ve set up your back-story properly. Batman v Superman doesn’t do this, so the casual movie-goer will be baffled at what’s presented to them, while comic fans will cry at the glaring missed opportunity. The film serves neither camp well. There is so much good material to play with here and done right, this could have been superb. Doomsday, the scepticism of Batman and Superman towards each ones methods, Lex Luthor using the situation to his advantage – these are all elements present in this film but ones that aren’t handled with the right level of care.

It’s not all doom and gloom. Snyder, with his visual hat on, delivers some beautifully crisp scenes that have leaped from the pages of the comics. Bruce Wayne doesn’t need an origin story but if we have to have one, then Snyder’s version is solid and looks accurate. He loves a slow-mo and at times this works very well (as it did in 300 and Watchman). The first mention of the Justice League forming is handled ok (given how frantic everything seems to be in this universe). Gal Gadot doesn’t have much to do but her introduction is cool. Her origin movie will no doubt fill a lot of the blanks left by her appearance in Batman v Superman.

Snyder loves CGI and there’s a lot of it on-show. But he’s reined it in ever so slightly, so at least we can just about make out what’s happening onscreen. It’s much better than Man of Steel in that respect. The Batman fight scene in a warehouse was fantastic and is exactly the type of thing we needed more of from the film. Again, despite some fundamental character flaws, his Batman could work in a different situation (one that Affleck has creative control over as opposed to Snyder). Clark and Lois’ (Amy Adams) chemistry continues to work well on-screen too.

After promising much, Batman v Superman: Dawn of Justice ultimately feels hurried and incomplete. Given the source material and the sheer volume of history between both characters, this simply can’t happen at this level. Handing the keys of the kingdom to Zack Snyder was a bad idea as he’s no Jon Favreau, Joss Whedon or even Ken Branagh when it comes to pacing. Story set-up needs to be the main focus and I’m just not getting any of that with the direction DC have taken. Snyder has done little to suggest that he’s the guy to helm this mammoth ship, but blame also needs to go to Chris Terrio and David S. Goyer for producing such a hurried story full of short-cuts. There’s stuff to enjoy here but sadly Batman v Superman doesn’t live up to the hype.