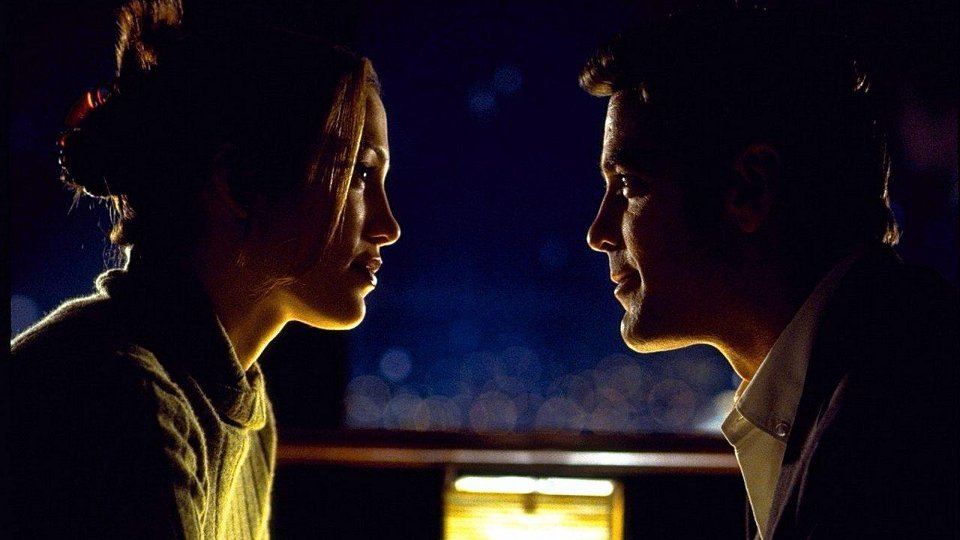 Before Steven Soderbergh and George Clooney set about creating a modern day rat pack with their Danny Ocean movies, they collaborated on one of the coolest and sexiest films of the 90s. Adapted from Elmore Leonard’s novel, Out of Sight tells the story of a bank robber named Jack Foley (Clooney) and a US Marshall named Karen Sisco (Jennifer Lopez). Their meet-cute in the boot of a car is one of the most iconic moments in modern cinema, showcasing the dazzling old-Hollywood chemistry of the two stars, but shot through with the cool and stylish detachment of Soderbergh.

One paragraph in and I’ve used the word cool twice. It’s kind of unavoidable when talking about this film, because it is in every sense, effortlessly cool beyond words. In the vast wave of ultra-hip, multi-strand narrative, dialogue heavy “cool” crime films that came in the wake of Pulp Fiction, Out of Sight is the only one that matters.

The dialogue is cool. Not in that self-aware post-Tarantino way that afflicted all those other late 90s films, but crackling with style, rhythm, wit and charm. This is Elmore Leonard dialogue. This guy has forgotten more about writing cool dialogue than Tarantino will ever know.

David Holmes funk-tinged bass driven score is ridiculously cool, and would go on to be a Soderbergh trademark. Try to watch this without tapping your foot or bobbing your head.

The visual style is super cool too, with Soderbergh using different techniques, like crosscutting and freeze frames. Out of Sight was shot on grainy film, but in vibrant colours, adding texture to the overall piece. Switching from burnished oranges and yellows for the scenes in Miami, to icy blues for the scenes in Detroit. It’s a like a moving version of a vintage pulp fiction paperback cover.

And then there’s the cast. Ving Rhames, Isaiah Washington, Don Cheadle, Catherine Keener, Steve Zahn, Dennis Farina, Michael Keaton and Albert Brooks all do terrific work, and are each given their moment to shine, thanks in no small part to Scott Frank’s fantastic adaptation. But this is the Clooney and Lopez show.

This was the film that completed Clooney’s transition from handsome TV star to Hollywood leading man. He is fantastic as Foley, first introduced attempting to pull off the smoothest bank robbery in film history. But he is more than just a slick Cary Grant knock-off. There’s an affability to Foley, as well as an endearing stupidity. He is after all risking everything just so he can flirt with a US Marshall. You can see why the Coens came calling.

The other main element in this screen chemistry set is Jennifer Lopez. She has never been better than she is here as Sisco. Hard-nosed, vulnerable, complex, funny, badass, and looking sexier than any human being realistically has a right to look. She is sensational in this film. If only she had concentrated on a film career instead of transforming herself into “J-Lo”, she could have become a modern day screen icon.

Did I mention how cool this film is?