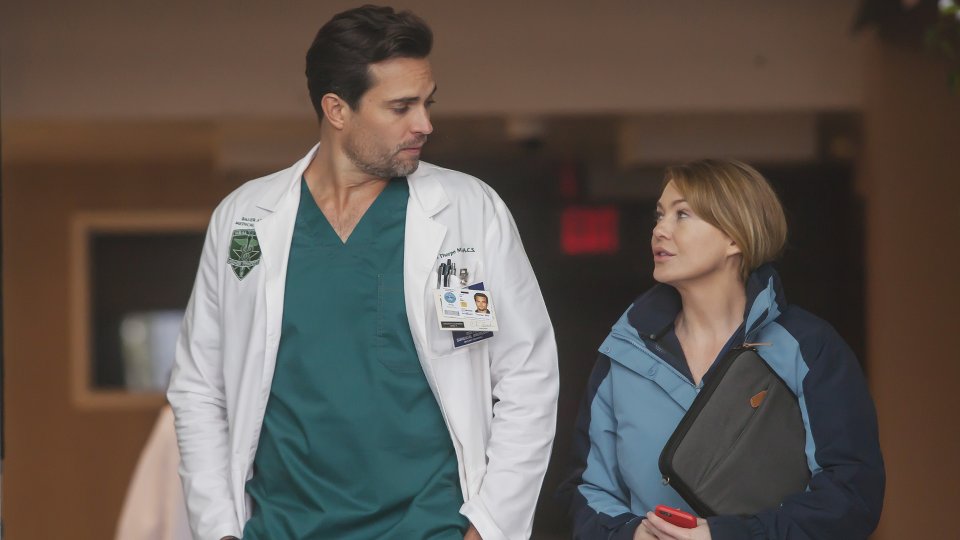 Meredith (Ellen Pompeo) got a blast from the past when her very first patient returned to the hospital on the latest episode of Grey’s Anatomy.

Now assigned to Amelia (Caterina Scorsone), Meredith couldn’t help but interfere with the case causing more friction with her sister-in-law. To keep herself busy Meredith took on another case with Riggs (Martin Henderson) of a woman who was recovering from cancer. As she was checking her out she found an infection and the woman died before she got a chance to reunite with her estranged son.

Elsewhere in the episode Jo (Camilla Luddington) asked Alex (Justin Chambers) to keep the engagement ring in his drawer, Alex guessed that April (Sarah Drew) was pregnant, and Richard (James Pickens Jr) piled the work on DeLuca (Giacomo Gianniotti) after finding out about his relationship with Maggie (Kelly McCreary).

The next episode of the season is All Eyez on Me. The doctors are placed under extreme pressure when they travel to a military hospital to operate on a veteran with an advanced tumour.