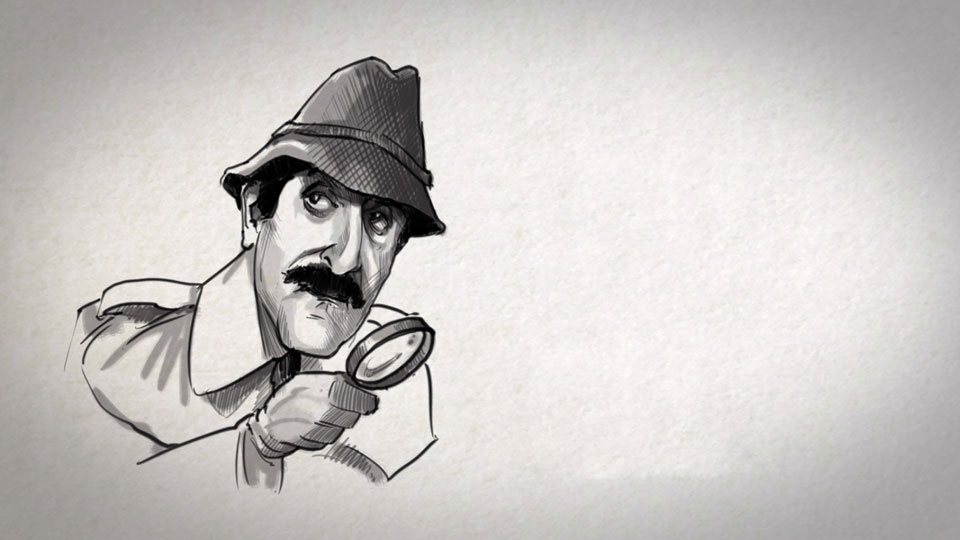 UKTV, the multi-award-winning media company, has commissioned a second series of The Interviews for flagship comedy channel Gold, continuing its investment in original content. Each episode of this brand new series follows the career and personal story of legendary celebrities from the world of comedy and showbiz, using their most memorable moments from British TV chat shows and beyond.

Voiced by actress and comedian Tamsin Grieg, this latest series features; Peter Sellers, a tortured genius who claimed to have no real personality, Frankie Howerd, the master of saucy innuendo, Barry Humphries and his larger-than-life alter ego Dame Edna Everage, Bruce Forsyth, the undisputed king of Saturday night television, Kenny Everett the subversive comedy legend and Julie Walters, whose cheeky sense of humour has made her into a national treasure.

The Interviews combines some remarkably frank interviews with hilarious and revealing archive material, offering a rare and fascinating insight into the personal lives of these iconic people.

Peter Sellers, the comedy actor best-remembered for The Goon Show and for his portrayal of the hapless Inspector Clouseau in Blake Edwards’ Pink Panther movies, was a fascinating man with a rich and varied career that included working with cinematic greats such as Stanley Kubrick as the title role in Doctor Strangelove. Plagued by ill-health and heart attacks, he died young, aged only 54, in 1980.

The episode on Sellers featured in The Interviews sees him discussing his health and his many marriages, and included some intimate home video footage of Sellers with his son Michael. Here are some choice bons mots from Sellers featured in the episode that we thought we’d share with you ahead of transmission:

(Talking in 1974 on his marriages) “The three occasions it really didn’t work are mainly probably due to the fact I’m impossible to live with.”

(On Britt Ekland) “I was staying at the Dorchester while I was doing a film, and one evening I looked in the paper and saw Britt’s picture and that she had just arrived in England, and I thought what I saw was very good, and I thought that I would like to meet what I saw, and so a friend of mine said “how strange, she happens to be staying in this hotel” … and so down I go and said “would you like to have a drink?” … she said “yes, I’d love to have a drink” so in she came and I took a lot of pictures of her … before I knew it, when she went away I missed her terribly. And I thought ‘well this is it’, so I got on the phone and proposed over the long-distance phone.”

“I feel extremely vulnerable and that I need help, a lot, a lot, I suppose I feel mainly that I need the help of a woman. I’m continually searching for this woman … I keep reading about all these great women behind men, who push them forward and support them – they mother you, they’re great in bed, they’re like a sister; they’re not there when you don’t want to see them, they are there when you want to see them. I don’t know where they are, maybe they’re around somewhere. I’ll find one, one of these days.”

“I’m not difficult … I’m often written up as being nasty on the set, I’m not nasty on the set at all. When you try and argue / discuss a point with somebody… I always bring (Stanley) Kubrick up because he’s a great person that way, you can discuss anything, chuck ideas at each other and the outcome of the thing will be his or yours, the end product is all that matters.”

(On his first marriage and Sophia Loren) “that was entirely my fault, that broke up … I just, had a romance with somebody I was working with… (starts humming Goodness Gracious Me).”

Peter Sellers – The Interviews is at 10pm Wednesday 16th March on Gold. Watch two clips from the show:

In this article:Peter Sellers, Tamsin Grieg, The Interviews