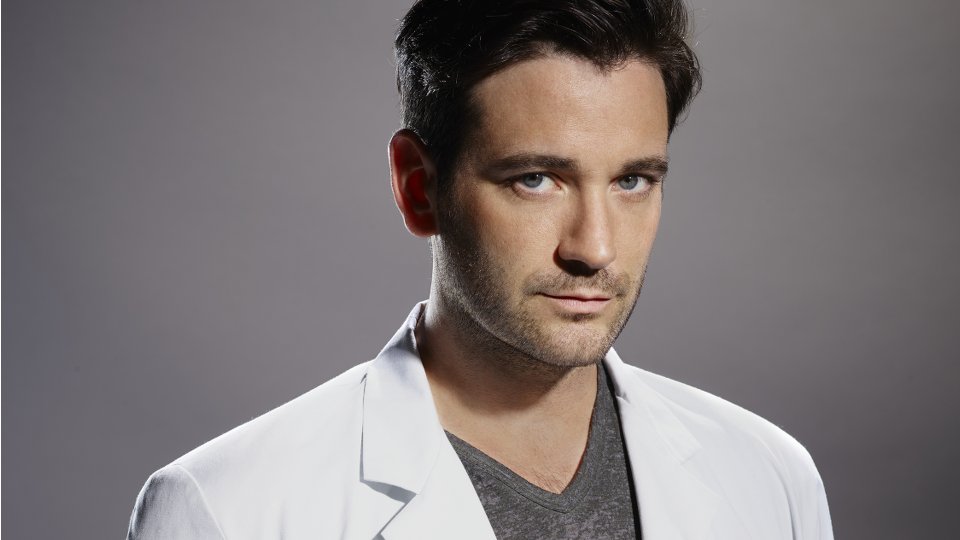 Colin Donnell is perhaps best known here in the UK for playing the role of Tommy Merlyn in the hit series Arrow.

His character departed that show after being killed off in the season one finale, although he has since returned on a couple of occasions. Colin’s latest role is something completely different as he is part of the cast for Dick Wolf’s new show Chicago Med.

A spin-off from Chicago Fire and Chicago P.D., that exists in the same universe, Chicago Med is a tense medical drama that arrives in the UK on Sunday 20th March 2016 on Universal Channel.

We caught up with Colin to find out more about the show, talk about his character Connor Rhodes, and to discuss whether we’re likely to see him on Arrow again in the future.

Chicago Med arrives here in the UK very soon. What can people expect from the show?

You play the character of Connor Rhodes and he makes quite the entrance in the first episode of the show. Was it great to be able to jump straight into the action like that?

Yeah! We felt like it was a great way to start off the series. We actually filmed that scene on the L-Train on the very first day of shooting the season. It was such a cool experience. We had our whole entire film crew and a hundred background artists and us on a live elevated train in the middle of Chicago (laughs). I think it was very indicative for how things have gone for the rest of the season. We started episode 1 in a really exciting fashion and nothing has been let up since we’ve gone along in the season.

It was awesome! I loved it! (laughs)

It’s established early on that Connor is a Trauma Surgery Fellow. What else do we need to know about him?

He’s a bit of a mystery. You find out in the first episode that he’s a native son of Chicago but his path coming back to Chicago is a bit winding. That gets played out over the next few episodes. His family makes an appearance and you find out bit-by-bit about his unique past through medicine and back to Gaffney Medical Centre in Chicago. He has a certain way of practising medicine and that plus being the new guy at hospital doesn’t always jive well with the other people at the hospital who are already established. He makes a few waves when he comes in.

It seems that there could be some tension between Connor and Dr. Will Halstead, the ER’s senior resident. How is that going to play out?

They are two sides of the same coin. Their ultimate goal to save lives and help people is the same. They just have a bit of a different approach when it comes to practising medicine. I would say Connor’s is a bit more of a visceral attack on medicine; if he can feel it, he knows what’s going on. Will seems to have more of a bookish sensibility about him. Each one of them has their own demons they’re wrestling with. The potential for friendship is there but they have a lot of stuff to sort through before they can ever see eye-to-eye.

Chicago Med is a spin-off from Chicago Fire and Chicago P.D. Do people have to be familiar with those shows or can they watch Chicago Med in isolation?

I certainly think it is 100% an enjoyable show on its own. Oliver Platt has used a phrase to describe what Dick (Wolf) has actually done with P.D. and Med. There have been lots of spin-offs from other shows but no one has really a spun a show into a universe, which is really cool. Will people enjoy Chicago Med on it’s own? Absolutely, 100% Is it a more enjoyable experience if you’ve seen both Fire and P.D.? Absolutely. It’s totally unique to have three shows that are part of the same universe that independently stand alone as this great unique tapestry of a city.

Chicago Fire and Chicago P.D. both pull in big ratings. Does that put more pressure on Chicago Med to deliver the same?

I certainly think there is an expectation that we would come in with a certain standard of quality. By that same token I think everybody was just there as support. We really came into the situation as a cast and crew – writers and everybody – and we felt we’d been given every tool to succeed. All we had to do was make sure that we brought our best every single day and it’s shown to be working. We feel like we’ve earned every fan that comes over, watches our show and tunes in. We certainly have not stopped working as hard as we can to ensure that we are delivering a show that is entertaining and gets better and better with every week that it’s on.

How did you get involved with the show? What attracted you to this role in particular?

Bryan Tee and I had both actually done a pilot for NBC that didn’t get picked up to series. I got a phone call from my agent saying that I had a meeting with Dick Wolf later on that day. That doesn’t exactly happen every day in my world (laughs). I asked what it was about and unbeknownst to me I was being considered for this role on Chicago Med. He wanted to meet with me to have a chat and see what was going on. Being a New York actor, so many of my friends have been a part of the Law & Order universe, and certainly Law & Order and Law & Order: SVU – I’ve been surrounded by that possibility all of my professional career. It’s like getting the golden ticket. It’s a wonderful feeling to be like ‘oh I’m going to be part of this great family telling some amazing stories for potentially a very long time’. I consider myself very, very lucky.

Medical dramas in the US tend to last a very long time. Are you interested and/or prepared to be in it for the long haul?

I think as long as the stories are compelling and exciting, and I’m having a great time and everybody here is just having a great time, I’m very excited to see where this show can go. It would be foolish to complain about anything about this point. It’s such a wonderful family to be part of and we actually all got together for dinner last night with Dick and Peter Jankowski (executive producer) and Danielle Gelber (executive producer) and it was great to be surrounded by such talented wonderful people. How often do you get 30 plus actors in the same room, other than awards ceremonies, and they’re nice to each other? (laughs)

You’re probably best-known here in the UK for playing the role of Tommy Merlyn on Arrow. The character met his demise in season 1 but you have been back since as a guest. Would you go back again?

Yeah. I have so love for all those guys. Certainly Marc (Guggenheim), Andrew (Kreisberg) and Greg (Berlanti) are some of the busiest guys in Hollywood right now with all their series that they’ve got going on. It’s the beauty of the comic book realm that anything is possible. I would never say no if something was presented and the scheduling could be worked it. I love them and I’m so happy for the success of not just Arrow but also The Flash and Legends of Tomorrow and Supergirl. I’m beyond excited for those guys. Stephen (Amell) has remained a very good friend of mine and I try to keep in touch with all those guys a bit. It’s always been a fun trip to Vancouver and hopefully something can be worked out in the future.

What else do you have coming up this year outside of Chicago Med?

Nothing so far. I have an amazing wife who has luckily for me been able to spend quite a bit of time here with my in Chicago. We got married in June last year and she’s heading to New York soon to start rehearsals on a new show – she’s an actor too. She’s going to be doing a new Broadway show so I’m looking forward, after the end of this season, to being home with her in New York and making her dinner before she heads off to the show at night and perhaps picking her up at the stage door. I’m looking forward to being the supportive husband.

Why should viewers in the UK tune in to Chicago Med?

I think people are going to be captured by some amazing writing and wonderful directing. The heart of this show is really these wonderful characters and cast. This whole team over here – cast, crew, writers, directors – I think we’ve all done an amazing job of creating a world that’s not only exciting and full of action but is filled to the brim with heart and intelligence. I think there is someone in the cast for everybody to relate to. I certainly think that viewers are in for an exciting ride. Each episode from the beginning just keeps getting better and better. I feel that we started in an exciting place, and it’s exciting to see where we’ve gone and the possibility of where we can go in the future.

In this article:Chicago Med, Colin Donnell