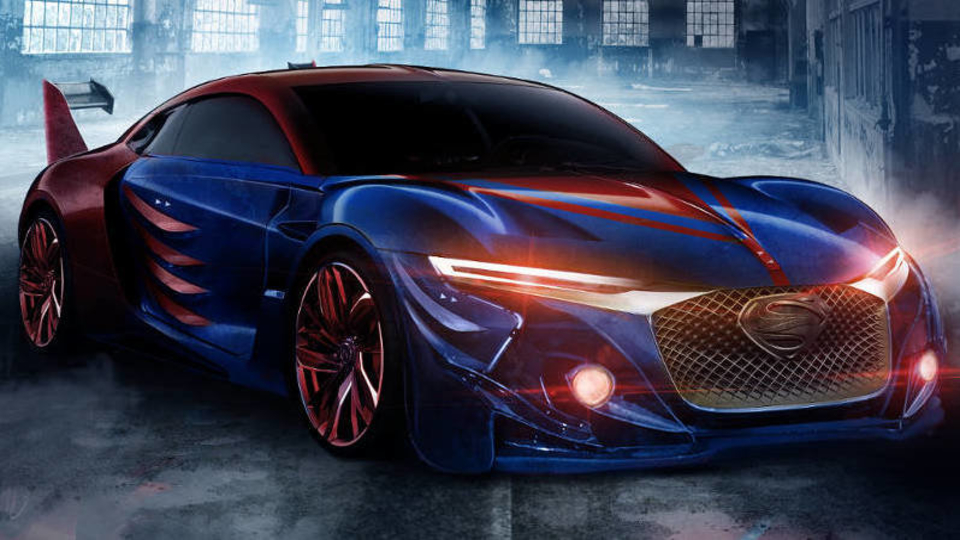 What if Superman had a car to rival the Batmobile?

That’s what the folks at carkeys.co.uk have pondered in their bid to create a concept car for Superman – The Supermobile!

Why does Superman need a car? Well, I’m not sure he does but they have put a lot of work into the great looking vehicle ahead of the theatrical release of Warner Bros’ Batman v Superman: Dawn of Justice, which opens in cinemas on 25th March.

This 100% unofficial car is clearly a labour of love and the article makes for interesting reading, especially if you want to know a bit about Superman’s history with automobiles.

An extract taken from carkeys.co.uk’s description of the Supermobile reads…

‘Its surface is fully armoured with metal of Kryptonian origin, harvested from the hull of the Fortress of Solitude scout ship which housed Superman’s costume in Man of Steel. This makes the car extremely resistant to damage.

It’s not quite as impervious as Superman’s skin, but is tough enough to deflect virtually any conventional human weapon and is also capable of self-repair in the event that it does become damaged. Having learned from his encounter with General Zod, Superman has also outfitted the car with a unique shielding system to protect from the effects of harmful radiations or from Kryptonite.

Like Superman himself, it’s powered by the energy of Earth’s yellow sun, which powers an advanced motor adapted from the warp drives that propelled the Kryptonian scout ship through hyperspace.

Although it isn’t as fast as Superman when he can fly, top speed clocks in at a hugely impressive 212mph, and provided it has access to enough solar energy, it can run without ever having to refuel.

All that power means that the Supermobile needs various aerodynamic enhancements to stay stable at speed, with a number of aero vents, scoops and buttresses on the exterior, plus twin rear wings to generate downforce.

Decorated on the surface with Superman’s iconic red and blue colour scheme and featuring the famous S-shaped glyph of the House of El on the bonnet, the modern Supermobile also features upholstery inside made from the same Kryptonian material as Superman’s skinsuit.

As with the Batman vs Superman Batmobile, and like the original Supermobile, this modern version also features a range of trick features to help Superman out in the event that he’s depowered. Most obvious are the twin lasers mounted under the headlights, which can channel the sun’s energy into either a fine cutting beam or a powerful concussive blast.

It also features a series of cameras dotted around the hull, which can analyse all possible frequencies of the electromagnetic spectrum, and which can display a virtual approximation of Superman’s X-ray vision on a touchscreen mounted inside the cabin.’

For more info on this concept Supermobile, check out the full Carkeys.co.uk article.