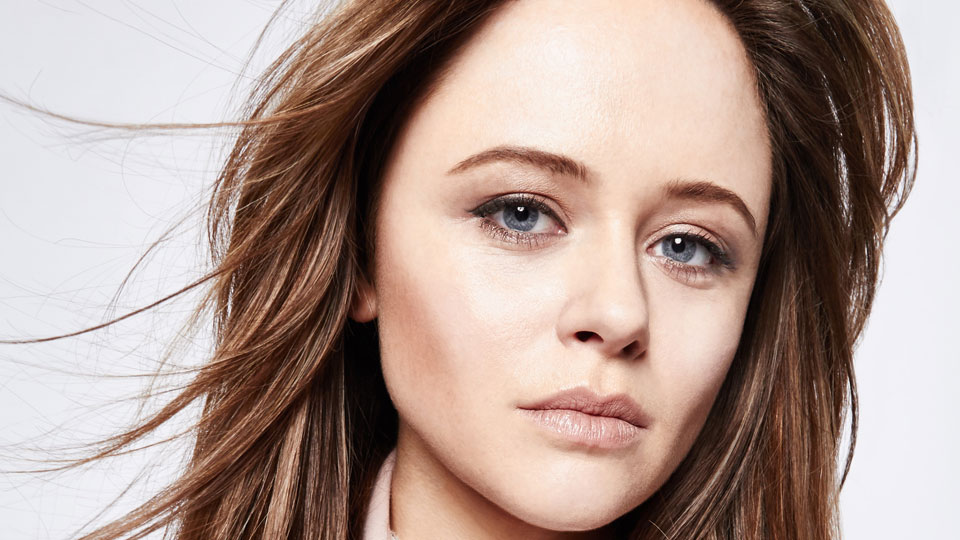 Emily Atack will now play the role of Holly Golightly in the UK Tour of Breakfast at Tiffany’s from 2nd May to 11th June 2016, appearing at His Majesty’s Aberdeen, Nottingham Theatre Royal, Theatre Royal Bath, Glasgow Theatre Royal, King’s Theatre Edinburgh and Wycombe Swan. She will be replacing Verity Rushworth, who has had to withdraw because she is expecting her first child. Emily will be sharing the role with Pixie Lott, whose dates, including the West End season, have been announced previously.

Emily can currently be seen in the highly anticipated remake of Dad’s Army, which topped the UK box office earlier this year. Emily stars as Daphne alongside an all-star cast that includes Catherine Zeta-Jones, Bill Nighy, Toby Jones & Michael Gambon. She is best known for her role as Charlotte Hinchcliffe in the award-winning E4 series The Inbetweeners. Emily has most recently shot Iron Sky 2 alongside comedian Tom Green, and Lies We Tell opposite Harvey Keitel, Gabriel Byrne and Gina McKee.

Emily said of her new role, “I am so flattered and honoured to be playing Holly Golightly; to take such an iconic role as my stage debut is both incredibly exciting and challenging. I can’t wait to get started and plan to have as much fun with it as possible. I’m very much looking forward to getting in front of an audience and going on this journey with them every night.”

Director of Breakfast at Tiffany’s, Nikolai Foster, said of the casting of Emily Atack, “I am delighted Emily is joining Pixie Lott to share the role of Holly Golightly in our production of Breakfast at Tiffany’s. It’s a thrilling prospect for all of us to be working with actors who are perfectly suited to the role and will encourage a new generation of theatregoers to share Capote’s beautiful story. We cannot be sad to be losing Verity as it is for such a happy reason and we all wish her well with her pregnancy.”

Also in the cast of Breakfast at Tiffany’s are Matt Barber (Atticus Aldridge in Downton Abbey) as Fred, Victor McGuire (the sit-coms Trollied and Bread) as Joe Bell, Robert Calvert as Doc, Naomi Cranston as Mag, Charlie De Melo as José, Tim Frances as Rusty Trawler/Editor at21, Andrew Joshi as Yunioshi, Melanie La Barrie as Mme Spanella, and Sevan Stephan as OJ Berman/Dr Goldman, with Katy Allen and Andy Watkins.

Truman Capote’s classic novella has been adapted for the stage by Pulitzer Prize-winning Finalist and Tony and Olivier Award-winning playwright Richard Greenberg (Take Me Out, Three Days of Rain), and contains memorable songs from the era as well as original music by Grant Olding (One Man, Two Guvnors).

Based on Truman Capote’s beloved masterwork, Breakfast at Tiffany’s is set in New York in 1943. Fred, a young writer from Louisiana, meets Holly Golightly, a charming, vivacious and utterly elusive good-time girl. Everyone falls in love with Holly – including Fred. But Fred is poor, and Holly’s other suitors include a playboy millionaire and the future president of Brazil. As war rages on in Europe, Holly begins to fall in love with Fred – just as her past catches up with her.

Breakfast at Tiffany’s is directed by Nikolai Foster, the Artistic Director of Curve, with production design by Matthew Wright, lighting design by Ben Cracknell and sound design by Mic Pool.

Breakfast at Tiffany’s began its run of sold-out performances at Curve, Leicester on 3rd March, before embarking on a UK & Ireland Tour on 15th March. There will be a 12-week season at the Theatre Royal Haymarket in London’s West End from 30th June to 17th September 2016.

In this article:Breakfast At Tiffany's, Emily Atack, UK Tour 2016