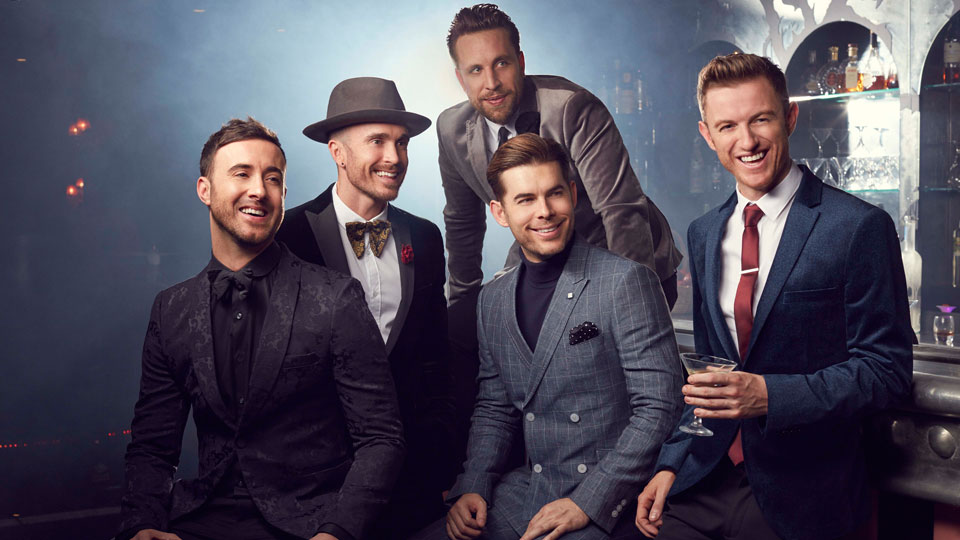 From the producers of the smash-hit show Puttin’ On The Ritz comes the dazzling song and dance extravaganza That’s Entertainment! on a UK tour. Each venue will feature a very special guest alongside the cast of West End Singers and Dancers, including one of biggest stars of musical theatre, Ruthie Henshall, whose multi-award winning career has seen her star in some of the most successful musicals of the past three decades.

The singer, entertainer and presenter, Jane McDonald will join the tour for three weeks, Britain’s favourite vocal harmony group, The Overtones will also join the production for seven weeks and the Classical Brit Nominee highly popular young tenor and former G4 front man Jonathan Ansell will join the cast in Windsor. Star of stage and screen Elaine C Smith will be the special guest star in Glasgow.

The much-loved vocal group The Overtones have achieved sell-out tours, sold over 1,000,000 albums and have just celebrated their fifth consecutive top 10 album. They have had performed at major events and concerts and are seen regularly on national TV, including a performance at the Queen’s Jubliee Concert.

That’s Entertainment! celebrates the biggest hits of the 40’s and 50’s including music by Lerner and Loewe, Rodgers and Hammerstein, as well as Irving Berlin and Cole Porter.

With glorious costumes, sumptuous music, stunning dance routines and an award-winning cast of singers and dancers, this is guaranteed to wow the audience and keep their toes-tapping! That’s Entertainment! is “feel-good” entertainment at it’s best for all the family.

In this article:Ruthie Henshall, That's Entertainment, The Overtones