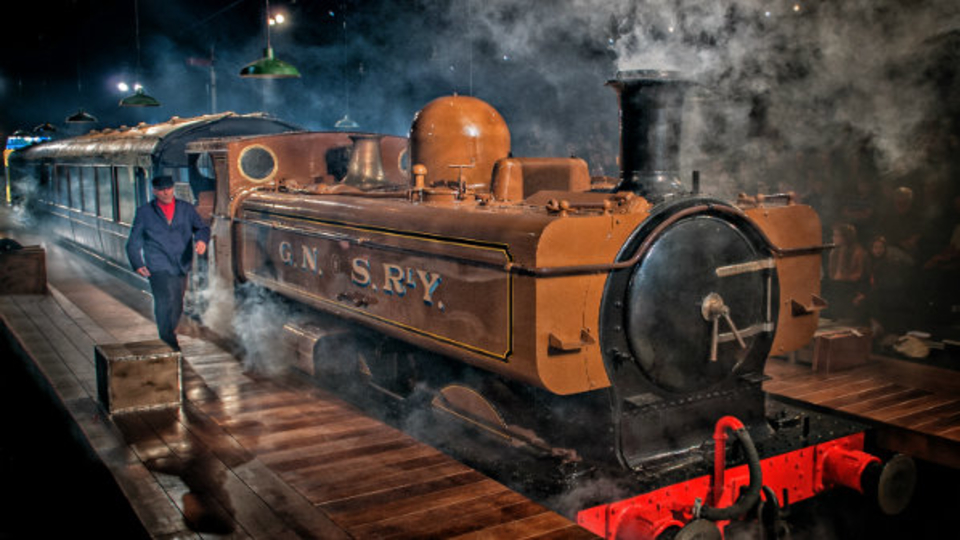 The film captures Mike Kenny and Damian Cruden’s imaginative stage adaptation of E. Nesbit’s cherished novel on its return to its Yorkshire roots, and features the original locomotive from the much-loved original 1970 film.

The Railway Children follows the story of Roberta (Bobbie), Peter and Phyllis, three sheltered siblings who suffer a huge upheaval when their father, who works for the Foreign Office, is taken away from their London home and (falsely) imprisoned. The children and their mother, now penniless, are forced to move from London to rural Yorkshire near a railway line. The story deals with themes of justice, the importance of family and the kindness of strangers.

Filmed with seven cameras by an expert team, who navigate the unique staging including moving platforms, props and rail carts, the film captures every moment of the fast-paced production.

The Railway Children production received investment from Screen Yorkshire through the Yorkshire Content Fund. The film is distributed by Genesius Pictures working with Munro Films and will open in 400 cinemas in the UK and Ireland on 28th March 2016.

For tickets go to www.railwaychildrenfilm.com

To be in with a chance of winning an official poster SIGNED by the cast of the beautifully shot, stage-to-screen film of The Railway Children, just answer the question below.

In this article:Competition, The Railway Children