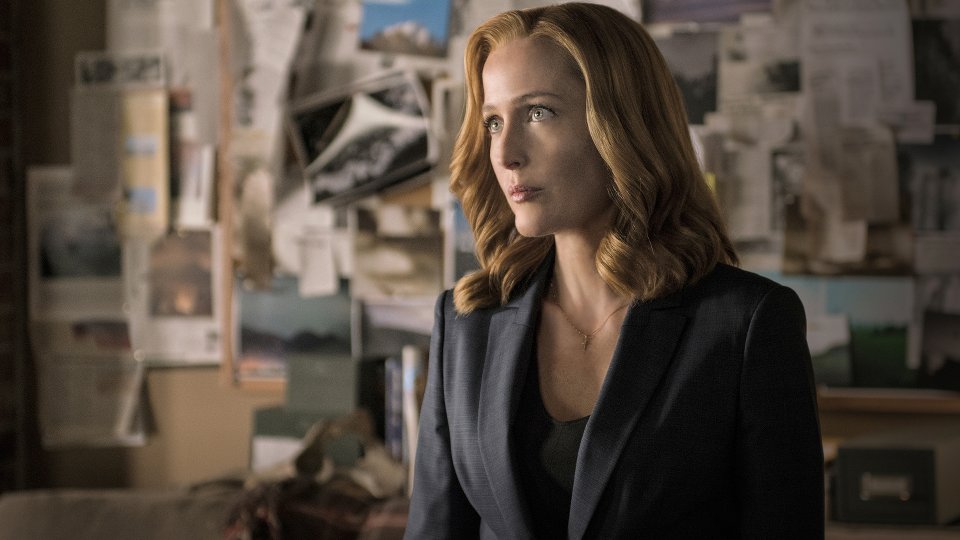 Mulder (David Duchovny) and Scully (Gillian Anderson) met younger versions of themselves during an investigation on the latest episode of The X-Files.

Assigned to work with Agents Miller (Robbie Amell) and Einstein (Lauren Ambrose), the agents had to try and find a way of communicating with a terrorist bomber who was left in a coma following his attack. Scully teamed up with Miller and Mulder with Einstein as they attempted to find out what the next attack was.

The episode included a very funny sequence with plenty of nods to classic X-Files as Mulder took drugs to try and communicate with the comatose terrorist.

The season finale is My Struggle II. As a mysterious virus threatens to wipe out human civilisation, Scully searches for a cure using her alien DNA and Mulder confronts the man responsible.