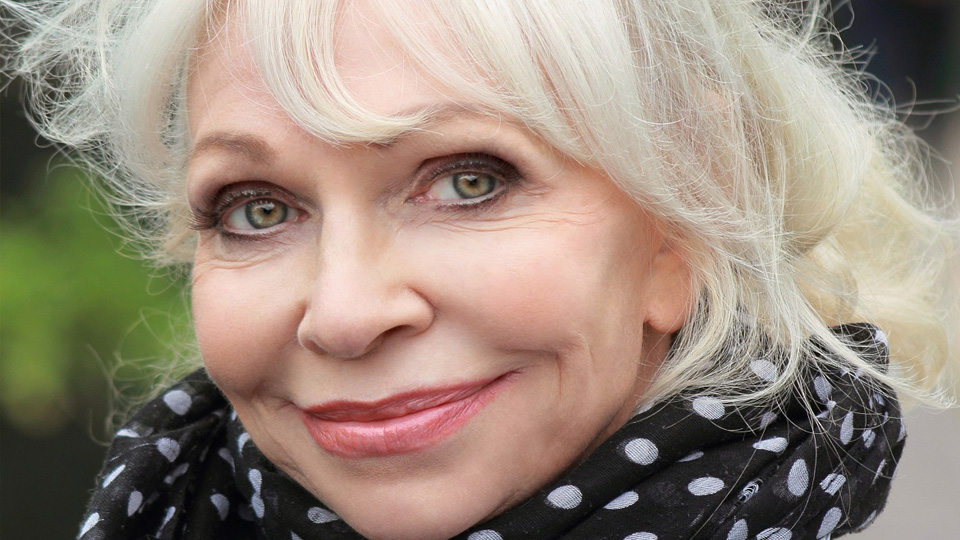 Liverpool’s St George’s Hall has announced that Seventies’ icon and actress Katy Manning will appear for an evening of conversation and anecdote on Saturday 19th March.

Hosted in the splendor of The Concert Room, Katy will be speaking about how her career has spanned over 40 years and three continents so far. Daughter of writer JL Manning OBE, Katy’s innumerable stage and screen roles started with John Braine’s Man at the Top, Armchair Theatre, Target, and Casualty followed. She also hosted her own Arts and Crafts programme Serendipity and her own chat show.

Katy won the undying love of legions of fans playing Jo Grant; one of the most iconic Doctor Who characters ever alongside Jon Pertwee’s and returned to great acclaim in spin-off series, The Sarah Jane Adventures written by Russell T Davies.

Doctor Who and The Sarah Jane Adventures actor, Matt Smith said: “Working with Katy Manning has been wonderful. She’s a lovely person. Mad as a box of fish but totally dynamite!”

Amongst award-winning performances Katy has penned her own one woman show Not A Well Woman complete with 26 voices and her vocal versatility has featured in a staggering range of audio dramas. Katy’s twins are also thrilled that their mother is now available in two plastic figurines as Jo Grant.