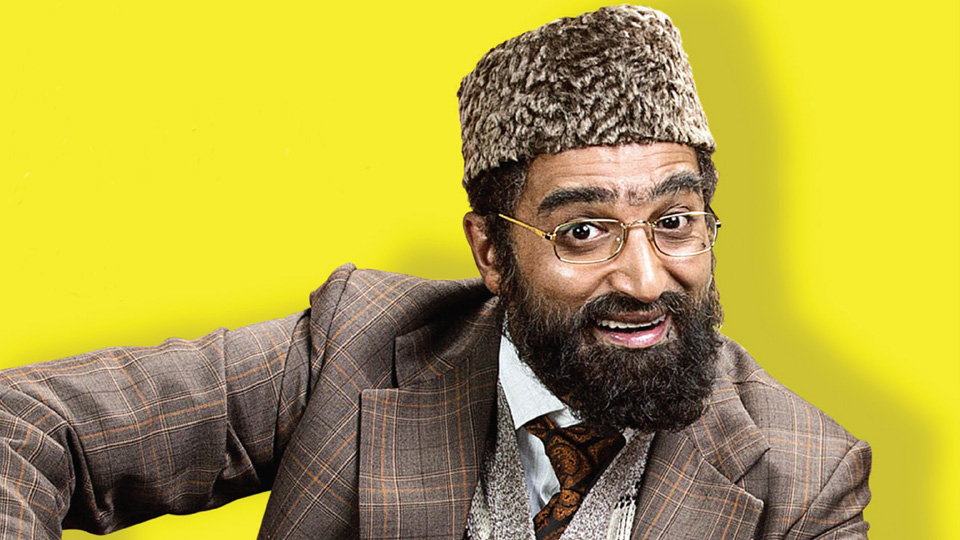 Mr Khan, created and performed by Adil Ray, is a larger than life character with strong opinions and big dreams who is facing the challenge of how to make ends meet and keep his family happy. Things would be much easier if everyone just listened to him and followed his lead; now he is hoping they finally will.

Citizen Khan is currently the most watched comedy show on British television and has been bestowed four awards by the Royal Television Society including ‘Best Performance in a Comedy’ awarded to Adil Ray for two years running. Its success has been attributed to its family audience and its popularity with younger viewers over alternative comedies on TV.

On announcing his first ever solo live stage show, Mr Khan, Community Leader, said: “Asalaam Alaikum and ‘hello how do you do’ to all you non-Muslim peoples. Mr Khan, Community Leader, speaking. I’m very pleased to be able to get the chance to meet you all in my busy schedule. I will be informing you all on how to deal with all areas of British life; family, fashion, food, school, and of course being a good Muslim. Oh Twaddi! This is a family show so bring everybodies but please, if you are Indian (or ginger) you must sit at the back and don’t drink too much!”

“This is a very special moment in the British calendar just like Justin Biebers & One Direction. As a Muslim we love to follow One Direction – towards Mecca. I look forward to answering any questions on the night too and if you’re lucky I’ll have a photo taken with you unless you’re from the tax office or immigration then you can stay at home.”

Citizen Khan: Everybody Knows Me is at Leeds Grand Theatre on Thursday 28th April. Book online at leedsgrandtheatre.com or call Box Office on 0844 848 2700.