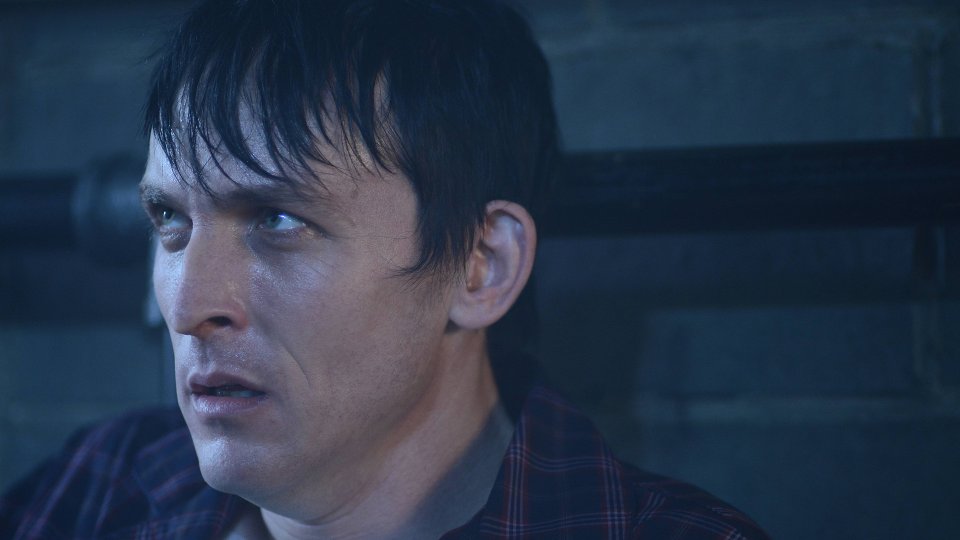 Barbara (Erin Richards) was given permission to kill Gordon (Ben McKenzie) on the latest episode of Gotham.

As part of her plan Barbara handed herself in to the GCPD but insisted that Gordon escort her to an unknown location before she would give up Theo’s (James Frain) location. Their car was attacked and Gordon woke up in a church where a crazed Barbara was intent on marrying him. She used Leslie (Morena Baccarin) as leverage but Gordon managed to overpower her.

Elsewhere in the episode Theo made Bruce (David Mazouz) a proposition assuring him he would give the boy information about his parent’s killer if he sold him his shares in Wayne Enterprises. Bruce decided not to go forward with the deal and his meeting with Theo was interrupted by Gordon who came to arrest the duplicitous mayor. Nygma (Cory Michael Smith) buried Kristen (Chelsea Spack) and discovered an injured and exhausted Penguin (Robin Lord Taylor).

The next episode of the season is A Bitter Pill to Swallow. Tabitha Galavan (Jessica Lucas) takes out a hit on Gordon, while Nygma asks the Penguin for advice on being a serial killer.