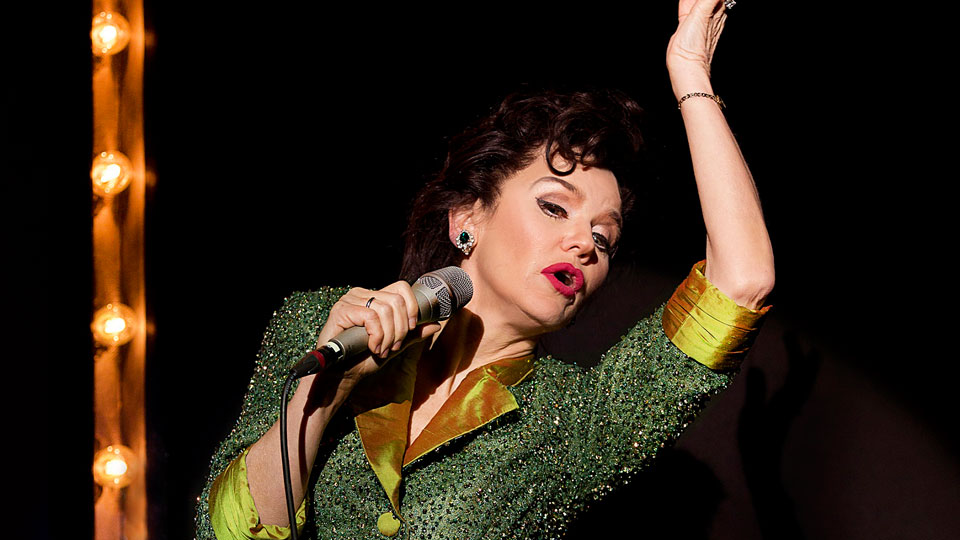 End of the Rainbow features Lisa Maxwell as Judy Garland, Gary Wilmot as Anthony and Sam Attwater as Mickey.

It’s 1968 and Judy Garland, a once-glittering star, is in London to make her explosive comeback. But off stage, holed up in her hotel room, Judy is battling with her young new fiancé, her devoted accompanist, and her destructive addictions. Will she be able to conquer her demons and reclaim her crown as one of history’s great musical icons? Featuring Garland’s most memorable songs The Man That Got Away, Come Rain Or Come Shine, The Trolley Song and of course Somewhere Over The Rainbow, End of the Rainbow is a fiercely funny and emotionally charged musical play filled with Garland’s legendary tenacity, razor-sharp wit and once-in-a-generation voice.

Lisa Maxwell plays Judy Garland. Lisa is best-known for her role as DCI Sam Nixon in ITV’s Bafta-winning The Bill from 2002 and 2009, and as a panelist on ITV’s Loose Women from 2009 – 2014. Other television credits include partnering Les Dennis on BBC1’s The Les Dennis Laughter Show, regular appearances on BBC’s The Russ Abbot Show, and her own BBC sketch series The Lisa Maxwell Show. On stage, Lisa’s credits include Grease and Boogie Nights in the West End.

Sam Attwater plays Mickey. Sam made his TV acting debut in 2009, playing Ricky in Hollyoaks. The following year he joined EastEnders and its online spinoff EastEnders: E20, as Leon Small. Stage credits include Brad in the 40th Anniversary tour of The Rocky Horror Show, Dreamboats and Petticoats in the West End, and the 2014 UK Tour of Seven Brides for Seven Brothers. Sam won the sixth series of ITV’s Dancing on Ice in 2011, and returned for the ‘All Stars’ series in 2014.

At certain performances the role of Judy Garland will be played by Ellen Verenieks.

See www.endoftherainbowtour.co.uk for more details and to book.