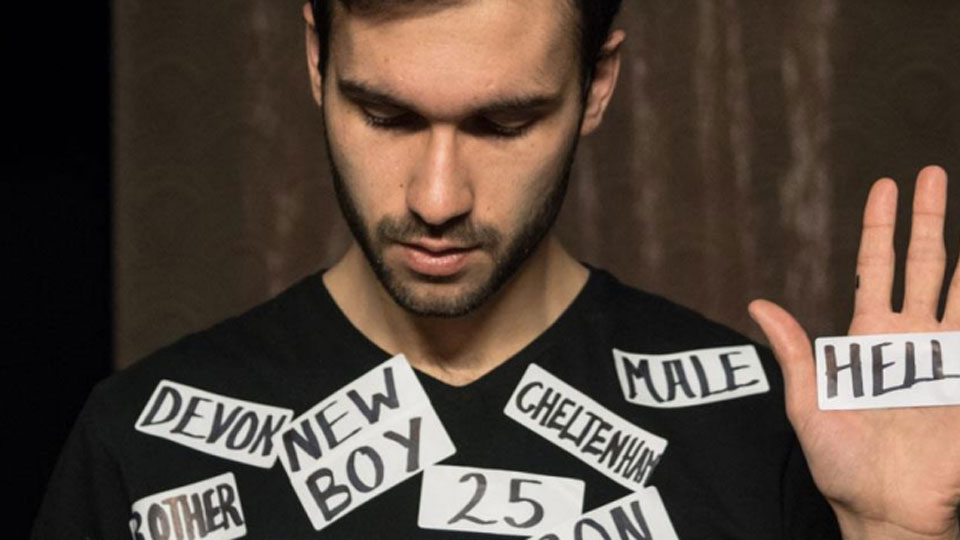 Worklight Theatre’s award-winning show Labels draws on writer and performer Joe Sellman-Leava’s experiences of being mixed heritage to explore broader issues of racism, immigration and displacement. Labels examines how we use words, the line between curiosity and fear, and the rise of anti-immigration rhetoric.

Despite being born in Gloucestershire, Sellman-Leava grew up constantly being asked where he was really from. Cheltenham! Here, he calls for a fairer, more open-minded society, using his own stories to open a wider discussion about the way we talk about, think about and treat our fellow human beings.

Sellman-Leava says, “We are really thrilled that Labels is now travelling to so many parts of the UK (and beyond!) in 2016. Although the story is incredibly personal to me, we always wanted it to connect with as many people as possible. Many people have experiences of being labelled for different reasons. It’s this variety of adversity that Labels talks about.”

Labels was inspired by a racism and equality workshop, led by Oscar-winning writer, actor and activist Emma Thompson, at Exeter University in 2009. It premiered in the wake of the ongoing humanitarian crisis in Europe and fierce debates around migration and refugees. On reading the script, Thompson, who has spoken out against the UK’s response to the crisis, said, “What a terrific piece. I love it. Simple, powerful, important and funny.”

For more details about the play, the tour, and booking information, see www.worklighttheatre.co.uk.