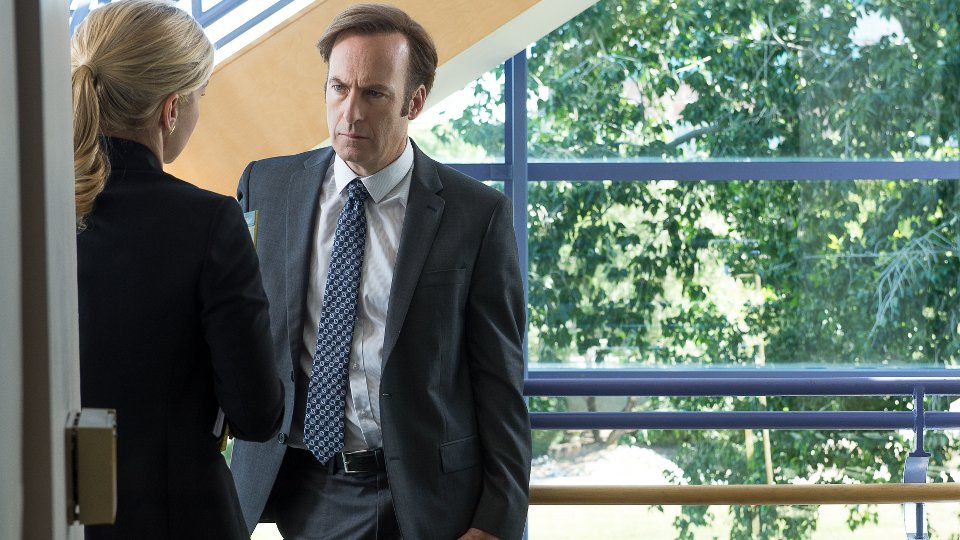 Jimmy (Bob Odenkirk) got a lecture from Kim (Rhea Seehorn) on this week’s episode of Better Call Saul when he told her had taken a case outside of his new firm.

Sharing his victory with her after helping Mike (Jonathan Banks) deal with Pryce (Mark Proksch) when he was called in by the police after reporting the theft of his baseball cards. Jimmy concocted an outlandish story and backed it up by forcing Pryce to make a video to get police suspicion off his case.

When Jimmy shared his story with Kim she was outraged that he’d fabricated evidence and warned him that his new position at Davis & Main could be jeopardised if they found out.

Elsewhere in the episode Mike used leverage to get Pryce’s baseball cards back from Nacho (Michael Mando) and Jimmy was forced to see Chuck (Michael McKean) during a meeting about the Sandpiper case.

The next episode of the season is Amarillo. Jimmy’s client outreach efforts thrive, and he exhibits new heights of showmanship. Mike is perplexed by daughter-in-law Stacey’s (Kerry Condon) troubling news.

Tune in to AMC at 10/9c Monday in the US and Netflix on Tuesday in the UK to see the episode. Preview it with our gallery below: