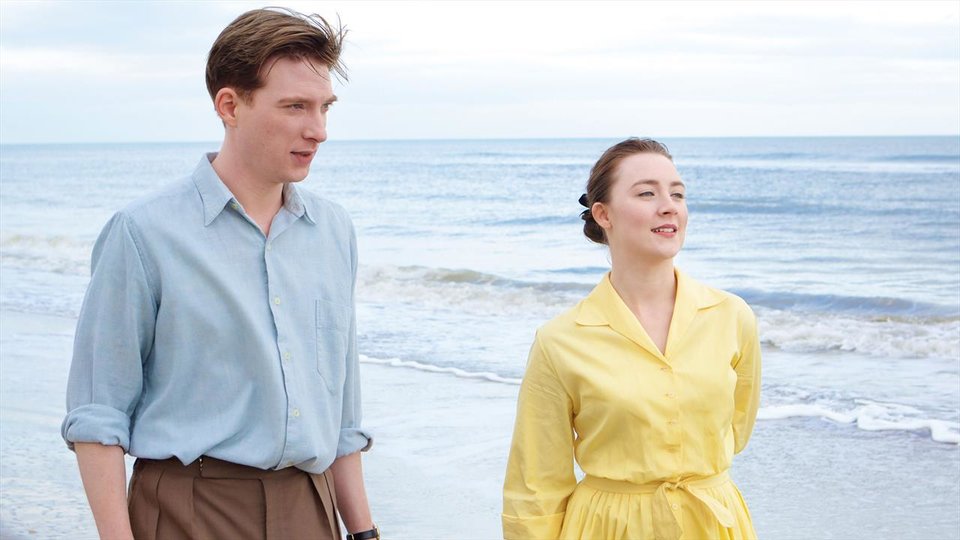 A young woman must make the difficult choices that will define the rest of her life as the BAFTA and Academy Award®-nominated Brooklyn arrives on Blu-ray, DVD and EST from February 29th, courtesy of Lionsgate Home Entertainment.

Based on the award-winning novel by Colm Tôibín and transformed into a BAFTA and Academy Award® nominated screenplay by Nick Hornby, Brooklyn stars 2016 BAFTA and Academy Award® nominee Saoirse Ronan (Hanna, Atonement) as Eilis, a young woman who moves from small town Ireland to Brooklyn, where she has the opportunity for work for a future – and find love in the form of Italian-American, Tony (Emory Cohen; The Gambler, The Place Beyond The Pines).

When a family situation forces her to return to Ireland, she finds herself drawn back into the life she left behind. As a secret threatens to reveal itself, Eilis has to confront a terrible dilemma – a heart-breaking choice between two men and two countries.

Surprisingly funny and yet deeply moving, Brooklyn is about the meaning of ‘home’ and the intricacies of the human heart and is an emotional tour de force that has already garnered plenty of awards attention including BAFTA, Academy Award, Golden Globe and Screen Actors Guild nods, five British Independent Film Award nominations and a Best Actress Award for Ronan from the New York Critics’ Circle.

To be in with a chance of winning Brooklyn on Blu-ray, just answer the question below correctly.

In this article:Brooklyn, Competition, Saoirse Ronan