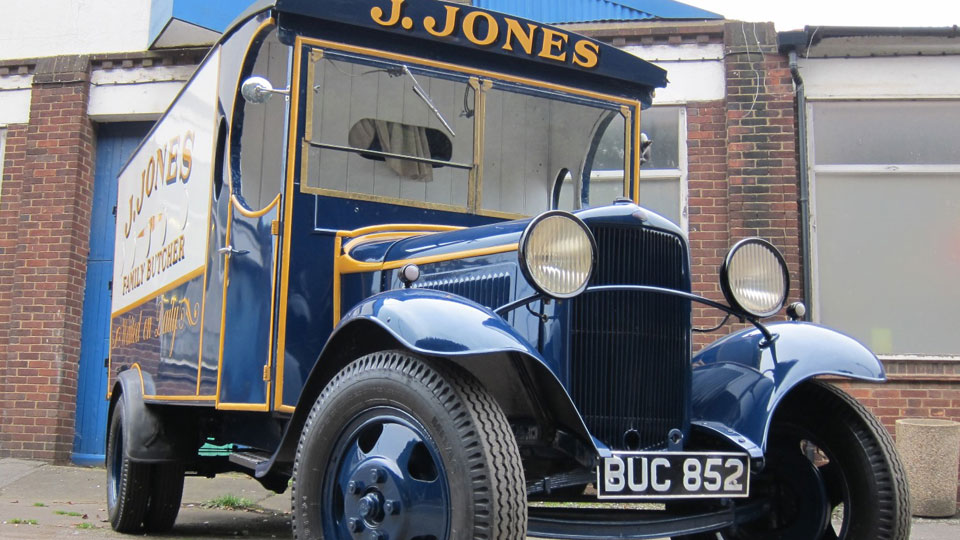 The 1935 Ford BB van, which features in the legendary sitcom Dad’s Army, has been given a new lease of life as a new Dad’s Army film is launched. The van belonged to Corporal Jack Jones, a veteran of the Boer War, who was played by Clive Dunn in the series. Corporal Jones’ catchphrases included, “Don’t panic!” and “They don’t like it up ’em”. He would also tell long and irrelevant tales about his run-ins with Kitchener.

A platoon of Dagenham-based Ford apprentices, under the command of Ford’s heritage vehicle technicians, have helped repair the running gear of Jack Jones’s famous van – in the same building at Dagenham that it would have left the plant, more than 80 years ago.

The original Dad’s Army television series ran from 1968 to 1977, and BUC 852, the van’s registration, made its screen debut on 11th September 1969 in the first colour episode. This month it appears in the big-screen version of Dad’s Army with stars including Tom Courtenay, Toby Jones, Bill Nighy, Catherine Zeta-Jones and Michael Gambon.

It is now owned by the Dad’s Army Museum in Thetford, Suffolk.

Although it has undertaken extensive cosmetic restoration, Ford, together with a team of its apprentices, was tasked with returning it to operational duty. This included a full engine rebuild, replacement clutch, and new wiring looms.

The Ford BB truck was among the first commercial vehicles produced at the Ford Dagenham site, which started production in 1931. Stuart Wright, from the Dad’s Army Museum in Thetford, said: “This vehicle has a special place in British entertainment history, and is enjoyed by the many visitors to the Dad’s Army museum. It’s fantastic to see the van operational again and we hope it will capture the imagination of the younger visitors less familiar with Dad’s Army, as well as triggering happy memories for the older generations.”

See www.media.ford.com or www.fordmedia.eu for more details about Ford and its services.