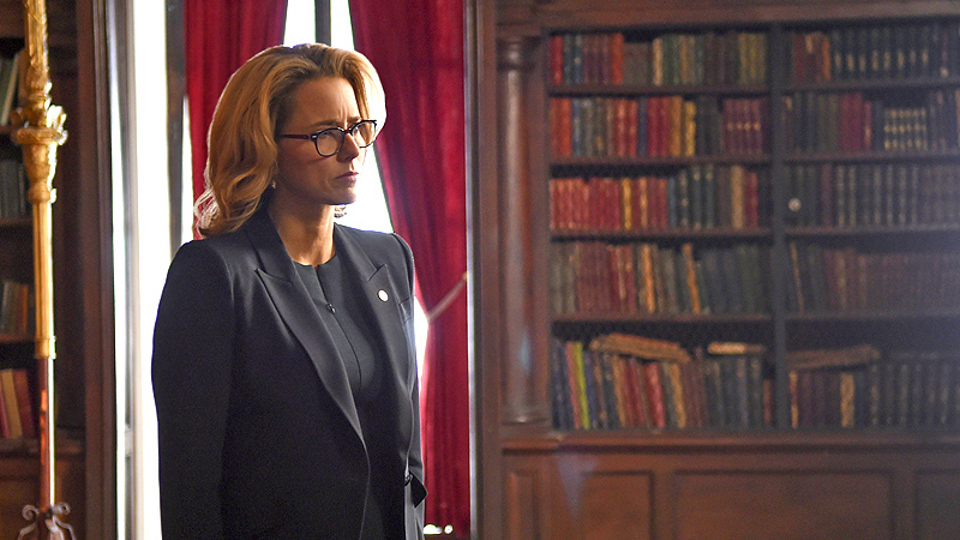 In the latest episode of Madam Secretary, Elizabeth (Téa Leoni) found herself pushed out of the President’s inner circle. This was because of her failures in Russia and her disagreement with the President’s response.

Meanwhile incriminating photos of Stevie and Harrison surfaced. A teaser photo was sent to the press offering the rest of the photos to the highest bidder. Elizabeth and Henry (Tim Daly) had to deal with the aftermath in an attempt to protect their daughter from the media. This also led to an awkward dinner with the President and his wife.

Elsewhere in the episode Nepal were hoping for the US to pass a disaster bill to help their country. This help appeared to be refused but Elizabeth eventually found a way to help Nepal while responding to a challenge from China. This appeased the President and also appeared to impress Sterling. It looks like she’s back in the good books for now.

The fifth episode of season two is The Long Shot. In the wake of President Ostrov’s death, Elizabeth and President Dalton fear a power grab within the Russian government. Also, the government’s Cybersecurity Coordinator Oliver Shaw (Kobi Libii) works to identify the hacker who interfered with the communication system on Air Force One, and Jay devises a plan to fight Russian propaganda.